Windows Live Video Messages (WLVM)is the latest service to be included in Microsoft’s web applications of Windows Live. It was opened to the general public on 9th, not too late after being announced. We decided to give it a spin and check out if this service is really worth using on a day to day basis or not.

Although Windows Live Wave 3 is around the corner and will sport a new UI, and a cool new header. WLVM has a different UI than every other Windows Live Service and really looks out of place. It doesn’t have the uniform header that most Windows Live services have now, except for some neglected ones such as Windows Live Favorites, which still has the Wave 1 UI. The website is made entirely on Silverlight and so provides pleasant animations. 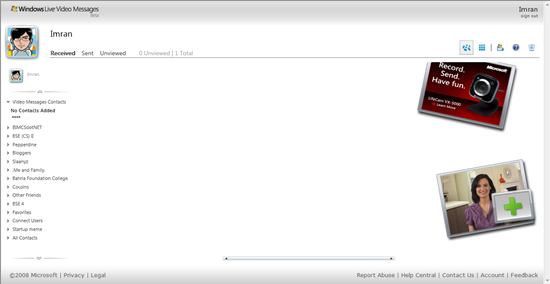 All your Windows Live contacts from your messenger are shown in the left sidebar. You own image as well as your contact’s images are shown in a ‘Vista user account picture’ like thumbnail view which is nice. Messages are categorized in three columns, Received, Sent and Unviewed. On the right side of the header, you’ll see small icons, which provide you with scatter view, grid view, disk space information, help and recycle bin access, respectively.

Each user is provided 2 GB of free space to store their video messages. The videos are recorded in the browser thanks to Silverlight, which accesses your webcam, once you click on the record button. The video has to be of less than 2 minutes. A caption can be provided with a video and you can also ‘lock’ the video, so that the recipient of your video message wont be able to share it with anyone else. Once you’re done, you can send it to as many recipients as you want and they will be notified to check it. 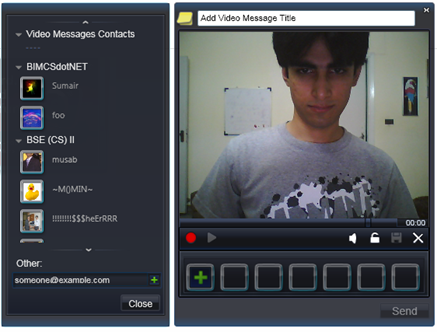 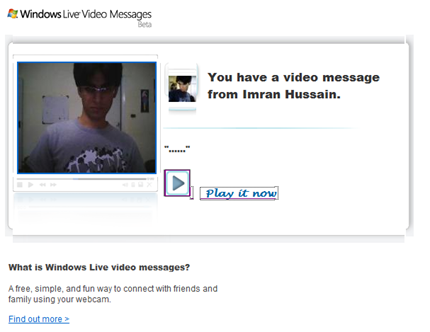 A Vista Sidebar gadget is also available for download that only works with Microsoft LifeCams. It’s a great feature to be able to record and send messages from the sidebar, but it would have been even better if it was available for all cams. Microsoft doesn’t make many gadgets anyways. We’re still waiting for the Windows Live Messenger one. So locking this gadget with LifeCams is really unfair to other loyal users of Windows Live. 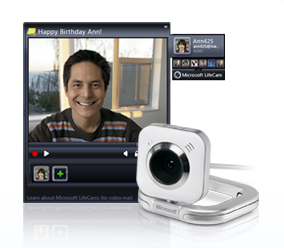 Although I couldn’t find much wrong with WLVM, I have to say this. Why is this service not integrated into Windows Live Hotmail and Messenger? Would this service really be able to attract many users even though Youtube and the likes already provide you this functionality with a lot more options already? This service seems to be made to serve LifeCam customers rather than all Windows Live users, because of the gadget lock in with LifeCams.

I believe we could see integration with Windows Live Messenger very soon. Our query would be answered shortly as Wave 3 is just around the corner. Do give it a try, and let us know what you think of it, and what features would want to see in this service.