Windows 8 Running On A MacBook Pro With Retina Display [IMAGES]

While many consumers are still waiting for their MacBook Pro with Retina display to ship, the folks over at AnandTech have been among the first to get their hands on the coveted device. Having already given the new pixel-dense display, SSD and USB 3.0 some brief comparison tests, the tech blog has now managed to test out just how Microsoft’s upcoming Windows 8 OS might look on the marvel that is the 2880 x 1800 LCD.

Despite the notebook’s NVIDIA GeForce GT 650M not possessing native driver support in Windows 8 or the current Windows 7 at this point in time, Anand Lal Shimpi was still able to get a reasonable idea of what Windows 8 would look like at  2880 x 1800 screen resolution. Windows 7, Microsoft’s current flagship operating system, apparently wouldn’t support a resolution higher than 1600 x 1200 without the sufficient driver, however the Release Preview of Windows 8 allowed him to select the 2880 x 1800 panel resolution with no fuss whatsoever. 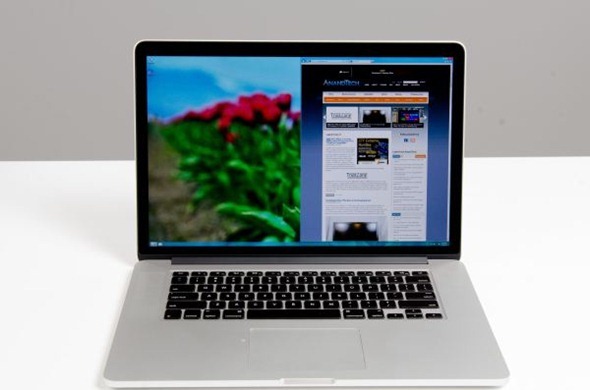 As you can see from the images posted below, the test is somewhat small, although those with decent vision will probably not be too bothered by this. Apparently, by increasing DPI scaling, text becomes a little easier to decipher, and the tests just go to show how immensely sharp the new Retina actually is. 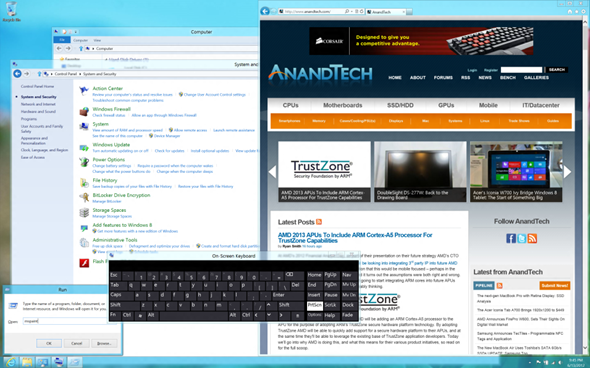 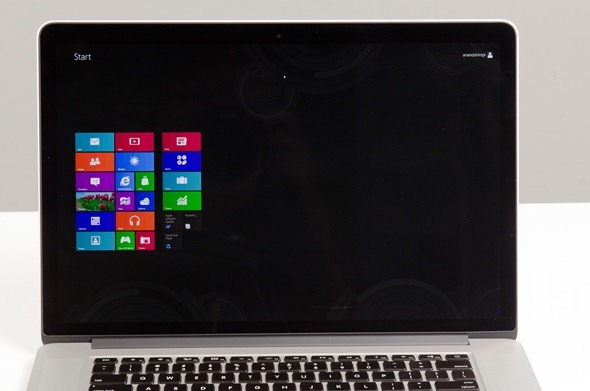 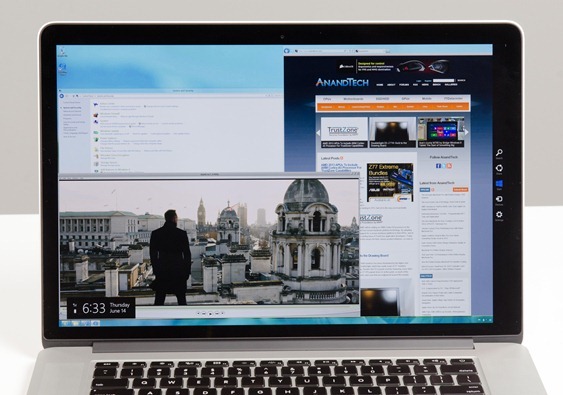 Although every consumer has their own agenda with regards to which features make a good tech product, the MacBook Pro with Retina display will always be remembered as the point when Apple implemented the super-sharp screen, despite a plethora of killer features. The same goes for the third-gen iPad, which, although boasting a ton of new hardware in the form of an LTE chip, quad-core GPU and iSight camera, is still largely celebrated for the screen.

Windows 8 has gathered a lot of momentum – particularly over the first half of 2012, and while there is a lot of pressure on the Redmond-based software maker to come up trumps with the end-user release, the onus will be as much on the manufacturers of Windows 8-compliant PCs and notebooks to deliver the goods as Apple continues to make significant progress in the computer market.