Much like the manner in which the iPhone arrived and changed the face of the smartphone market, the developments of Apple’s MacBook range has left notebook manufacturers chasing shadows. In answer to the MacBook Air (and as of Monday, the next-gen MacBook Pro), Windows OEMs have basically attempted to copy the thin, light and powerful trident by creating ultrabooks.

Unfortunately for manufacturers of the ultrabook including Samsung, Acer and ASUS, they haven’t done particularly well in the market hitherto, with consumers still tending to favor Apple’s offering. Intel’s Ivy Bridge chip, which is now an integral part of the entire MacBook range as part of Monday’s WWDC refresh, has been in short supply, and with the Cupertino company commanding first dibs on the initial shipments, the ultrabook is now even farther behind the MacBook.

At a bit of a loss, it would seem, with regards to a battle plan, Acer has announced what it claims to be the world’s thinnest ultrabook, called the Aspire S5. As well as being among the first Windows-based notebooks to feature the coveted Ivy Bridge processors, it will pack a 256GB SSD, with prices starting at $1,399. 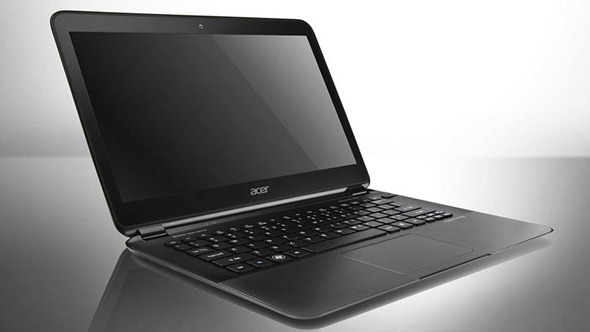 It follows market trend by including a core i7 processor as well as USB 3.0, Thunderbolt and HDMI ports, all obscured by a motorized door Acer dubs the MagicFlip I/O. The depth of the tapered design peaks at 15mm, dropping down to a very svelte 11.2mm at its thinnest point, whilst weighing little over two-and-a-half pounds.

The ultrabook will also serve as a launchpad for AcerCloud, which, as the name entails, is Acer’s take on the increasingly-popular cloud market. With accompanying apps for the three major smartphone firmware, it will allow users to access music, videos, images, documents and the like directly from their mobile devices. 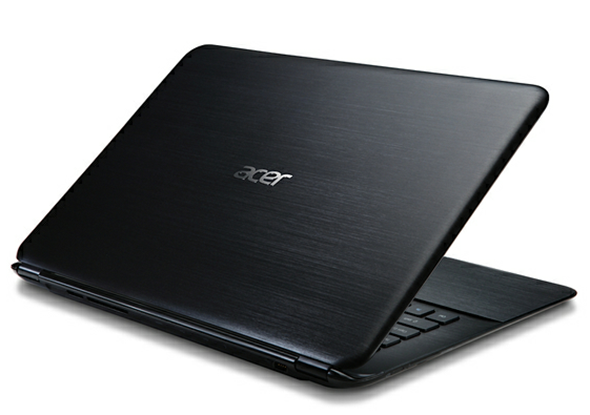 Having seen quite a few ultrabooks in their relatively short lifespan, I certainly have mixed views. One of the positives of owning a Windows notebook has always been the significantly lower price tag, although with many retailing at a similar cost as their Apple counterpart, manufacturers are struggling to coax users away from the MacBook.

After being well and truly impressed by the MacBook refresh, as well as the new MacBook Pro with Retina display, Ultrabook creators have a lot of ground to make up, and at the current state of play, I cannot see the likes of Samsung, Acer et al competing with the fruit company’s offerings.

Would you buy an ultrabook?