Windows 8 Native Games To Be Branded ‘Xbox Windows’, Will Include Achievements

Windows 8 has always been highlighted as the point when Microsoft’s main products would unite as one, with desktop, tablet, smartphone and gaming all intertwined in one way or another by the new operating system. With that in mind, it should be of no surprise that Microsoft has based the structure of gaming on Windows 8 around the flagship Xbox platform, and the built-in games within the upcoming version of the Redmond company’s operating system will be branded as "Xbox Windows."

As well as a reference in terms of the name, there will also be achievements, a feature which has become an integral part of gaming in general. Completing levels is great, and playing against friends and random opponents even more so, but completing the achievements required of the game’s developer can often be the reason players continue coming back for more.

Certainly, gathering achievements and boosting that all-important Gamerscore on Xbox LIVE gives gamers bragging rights over competitors, and that same ethos will now spill over to the various other gadgets and gizmos running Windows 8.

Just as with previous iterations of Windows, the standard Windows 8 games will include the classics like Minesweeper, Solitaire, and Mahjong. The actual Gamerscore one can attain from the games isn’t particularly high, but as anybody trying to top Major Nelson’s total will vouch – every point counts. Mahjong offers 25 Gamerscore in three total achievements, Solitaire brings another three achievements worth 40 Gamerscore, while Minesweeper can garner you a sum total of 50 Gamerscore with three more achievements.

The Xbox Windows brand appears to apply to Windows Store titles as well, although this cannot be confirmed at this point in time. Previously available titles from the Xbox LIVE Arcade seems to be covered, and it seems Microsoft has left no stone unturned in its quest to really make an impression with Windows 8. 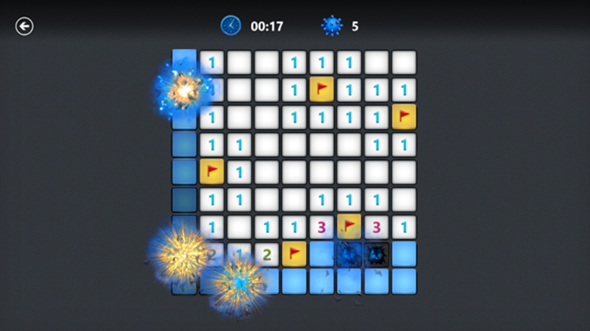 Microsoft is likely to confirm these details in the next couple of weeks, and with iOS and Android having both brought the casual gamer out of most consumers, the timing could not be any better.

Will you be looking to bump your Gamerscore on your Windows 8 devices? Share your thoughts with us – as ever – via the usual mediums below.