Another bout of the popular Call Of Duty series is almost upon us, with Black Ops II set to hit stores this November, and the Activision-published franchise will be looking to topple the success of the first Black Ops, which was – and still remains – the fastest selling game of all time.

It’s a pretty big billing to live up to, and the mountain Activision has to climb to emulate the success of previous iterations will be made harder by the fact that quite a few have become disillusioned with the series in general. From release to release, it’s become more of a tired re-hash of the previous version, and gamers along with commentators have cottoned on to what’s quickly becoming little more than a cash cow.

The momentum is certainly still there, and there’ll undoubtedly be millions of ardent enthusiasts queuing for the thousands of midnight releases, but that skepticism regarding how much longer Call Of Duty can continue releasing annually with very few changes is not going to go away.

The original Black Ops was pretty divisive among CoD fans, and while a record number of consumers purchased the title, many were reverting back to Modern Warfare 2 before the week was out. It remains to be seen whether the second Black Ops will manage to pull in gamers, but in the meantime, a teaser trailer of the online multiplayer has just been released.

It doesn’t look particularly different from the last couple of CoD games, but offers those in anticipation something to focus on until the next trailer or snippet arrives:

Those preordering the title at present will get a free map pack, and there will be plenty available to purchase once the title finally reaches stores.

As somebody that used to play Call Of Duty quite a lot, I personally won’t be purchasing the new version. It’s a pretty expensive gig to keep up with Activision’s release cycles, and while the money itself is not the main issue, it’s more to do with the "if you’ve played one, you’ve played them all" nature. 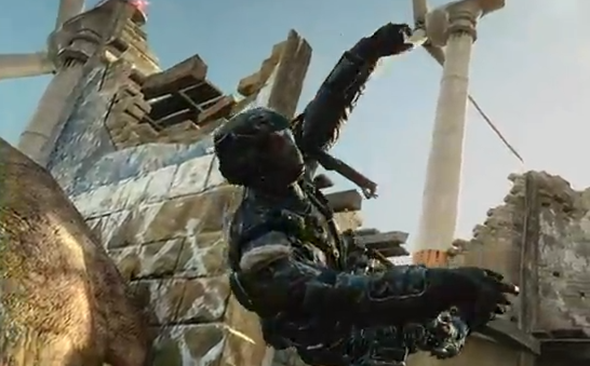 Have you preordered your copy? Or you have you also become a little tired with the same rhetoric? Leave your thoughts via our Facebook or Google+ pages.