Microsoft’s Windows 10 gets its first major update today. The software company has announced that those running Windows 10, or those intending to update from a previous version of Windows, will now be able to take advantage of the latest additions and improvements that come packaged with the latest update. The important update is not only the first major milestone for Windows 10, but also represents the first major update for the platform since its original launch earlier this year in July.

Microsoft is particularly excited about this update not only because of the milestone that it represents, but also the fact that it takes Windows 10 to a point where the software company can “confidently recommend Windows 10 deployment to whole organizations”. One of the major improvements focuses on the performance that users receive when working with Windows 10-powered machines. Boot times of machines and devices, as well as a whole host of other everyday tasks have received a performance boost of approximately 30% over Windows 7 installed on the same device. Those who opt for the latest update which will bring the OS up to version 1511 (build 10586), will also be able to notice that the desktop apps now carry a colored title bar as well, a small but big-on-the-eyes change. 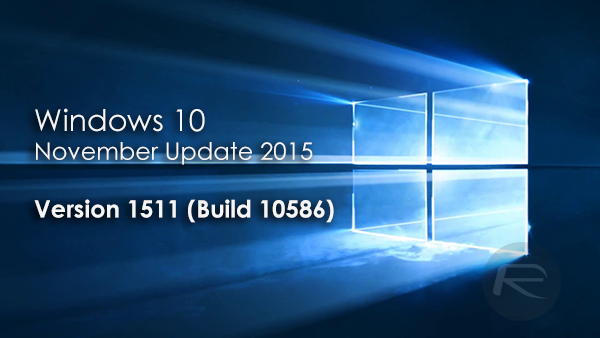 One of Microsoft’s biggest areas of appeal, the digital Cortana assistant, has also received some functionality improvements. Making notes or scribbling contact information in Cortana Notebook will now allow the assistant to recognize contact details such as name, telephone number and email address. There’s also productivity improvements to the assistant, as well as the integrated ability to track movie bookings and even book an Uber ride. Cortana improvements are finished off with country support extended to Australia, Japan, Canada, and India. 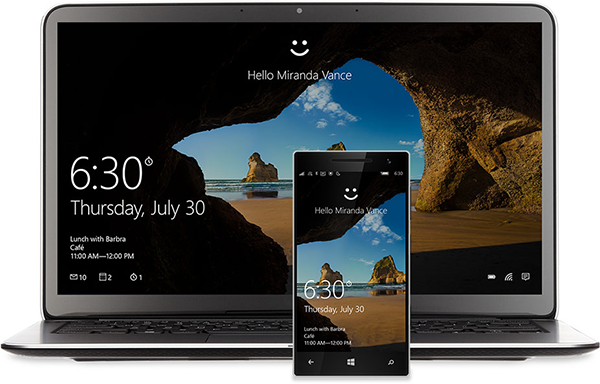 Web browsing is a very popular aspect of any platform. To that end, the latest updates to Windows 10 bring a number of notable improvements to Microsoft Edge. Synchronization improvements have been made across the browser to sync Favorites and Reading list items across all devices using Windows 10 on the same Microsoft account. Edge, in connection with Cortana, also has the new found ability to save users money on shopping at specific retailers by informing of the latest coupons available.

In addition to the general feature improvements above there are also additions that improve the experience of managing devices in the workplace, as well security features that make Microsoft confident of introducing the software into large firms and enterprises.

Those looking to get involved in this update can head over to Settings > Update & Security > Windows Update to force the update through. 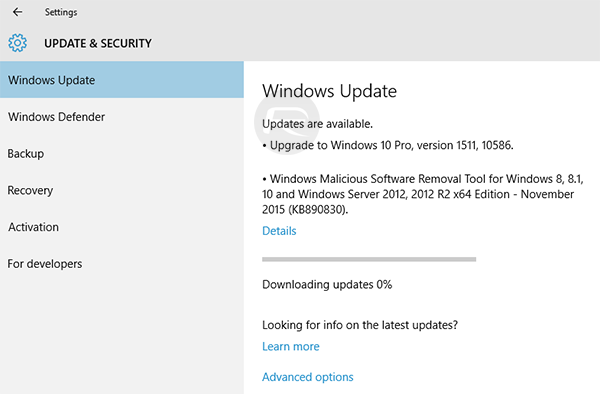 Also, starting from Windows 10 1511 Build 10586, users will be able to clean install and activate Windows 10 using their Windows 7, Windows 8 and Windows 8.1 product keys.