Whited00r 7: How To Get iOS 7 On Unsupported iPhone And iPod touch

Having a device that becomes obsolete is just no fun at all. Having an old device that doesn’t run the latest versions of the software is bad enough, but not being able to even give the new stuff a try is a real pain in the neck. Plenty of us have old iPhones sat in drawers that could be repurposed for all kinds of things, but chances are they’ve not got iOS 6 on them,let alone iOS 7.

Take an iPhone 3G as an example. It was a very good phone back in the day, and arguably the iPhone that saw Apple really begin to take off in a market that it was still molding into the one we have today. Still very usable for anything that isn’t too graphically intensive, that iPhone 3G won’t have an iOS 7 update sat waiting for it, and while some people may not like the direction Apple has taken with the software, we sure would like to have it installed on as many of our iOS devices as possible.

There is a solution though, and it comes in the form of a heavily skinned, considerably tweaked version of iOS that has been fettled with in such a way that it looks and feels like iOS 7, but runs on older devices with minimal performance hit. Intrigued? 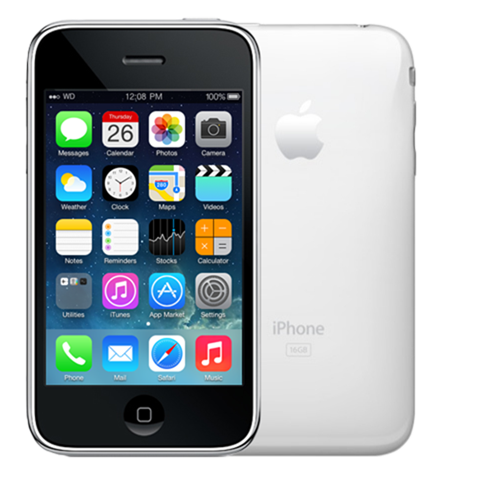 Whited00r has been around for a while, and having been behind bringing previous versions of iOS to obsolete hardware, the team behind the software have now turned their attentions to the controversial iOS 7. The new version is out now, and we’re told that it’s pretty damned good. In fact, Whited00r claims to be able to recreate the iOS 7 experience without slowing the handset down in the process – a bold claim indeed. 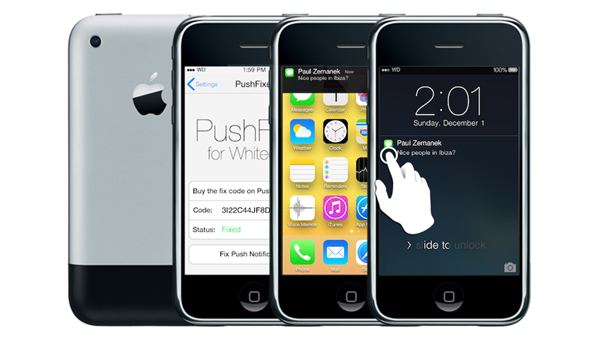 Whited00r 7 brings the look and feel of iOS7 to older devices no longer supported by Apple. Our firmware has been engineered to replicate iOS7 down to the smallest detail. Whited00r’s first priority is speed. None of the modifications Whited00r makes to your device will slow it down.

More than just a skin, Whited00r brings the iOS 7-styled camera, multitasking, Control Center and more to devices that use the ARMv6 CPU – so that’s the iPhone 2G & 3G, iPod Touch 1G, 2G. 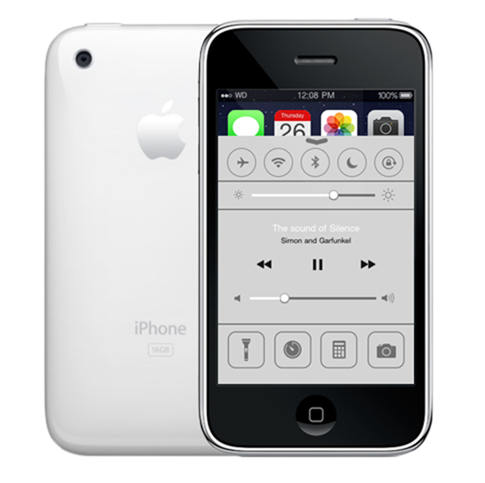 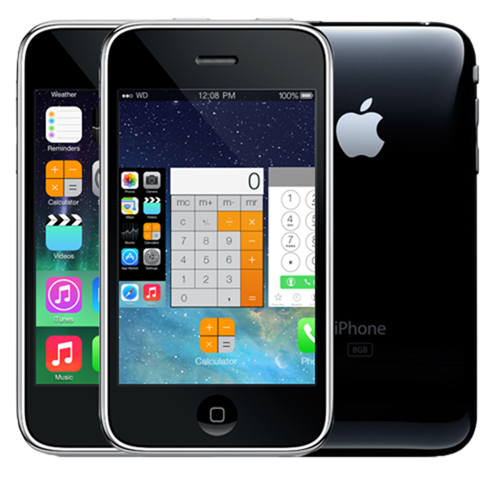 The installation comes complete with the App Store and Cydia for company, as well as a feature called AppTimeMachine which apparently preserves versions of apps that have since dropped support for older hardware. Which sounds kinda awesome, really.

Obviously this isn’t going to be the same as running iOS 7-proper on an iPhone 5s, but it has to be worth a play with if you have an old dorment iPhone or iPod touch sat in a drawer.

We know what we’re doing next weekend!

Head over to whited00r.com/installation to get started.