WhatsApp For iPhone To Get Export Chat History As ZIP Functionality, More

Facebook is testing a couple of new features for its WhatsApp service, with new additions coming to the company’s iPhone app.

As first spotted by German blog Macerkopf, those wishing to get data out of WhatsApp for whatever reason will be pleased to learn that it now appears Facebook is testing a feature that would allow users to download their chat history as a ZIP file, making getting their own data onto a computer considerably easier than it is right now. Currently, the only export feature available to users is to back up to, or restore from iCloud. That’s all well and good if you’re using an iOS device, but getting data onto a computer can be a little trickier. This new, unannounced ability to download chat histories to a ZIP file will solve that problem.

Facebook is also working to make it easier for WhatsApp users to directly share content from Facebook to WhatsApp. It has been discovered that a new button within the Facebook app’s interface, housed under posts, will improve the workflow for sharing posts and content directly into a WhatsApp message thread. The same feature has been in testing in the WhatsApp and Facebook for Android apps for a matter of months at this point, so the fact that iOS is likely to receive feature parity in the future is good to know. Quite why it hasn’t arrived as yet though, we’re not quite sure.

Other miscellaneous new additions on the way appear to include a new welcome screen as well as a new home for a user’s telephone number – numbers will soon be visible within a user’s Settings screen within the WhatsApp iOS app. 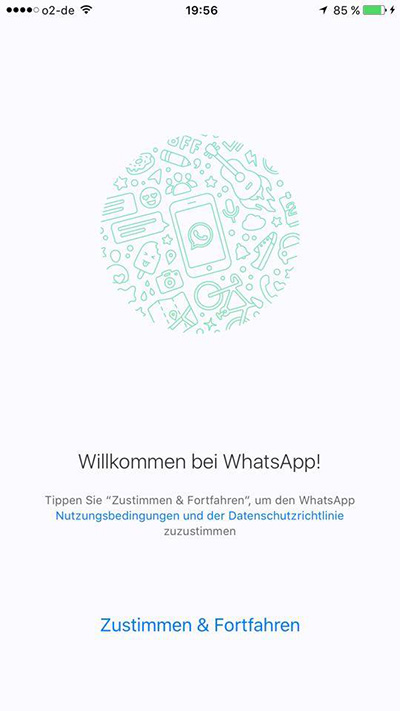 There is no word when this new WhatsApp version will be made available or when the deeper Facebook integration will go live, but we can only hope that the timescale isn’t a long one. It would appear that Macerkopf has access to a beta build (version 2.12.17.689) of WhatsApp’s currently-in-the-works iOS app, so we have no reason to believe anything the source is sharing will be too far from coming to fruition.