Watch The HTC One Get Pierced By A .50 Caliber Rifle [VIDEO]

We’ve all heard of drop tests, and there have even been cases of people blending new technology in the past. It’s something of a right of passage for new smartphones especially, with the humble drop test not just offering entertainment for those who like to destroy things, but also a real world example of how a phone may survive if dropped whilst out and about.

Every once in a while though, someone takes things to the extremes. Some may say they take things a little too far, but that depends on your own personal views on guns, really.

The video sees a poor, defenseless HTC One become the unwilling participant of a horror movie. It’s going to get shot to bits and pieces, and you’re going to watch it all unfold before your very eyes. 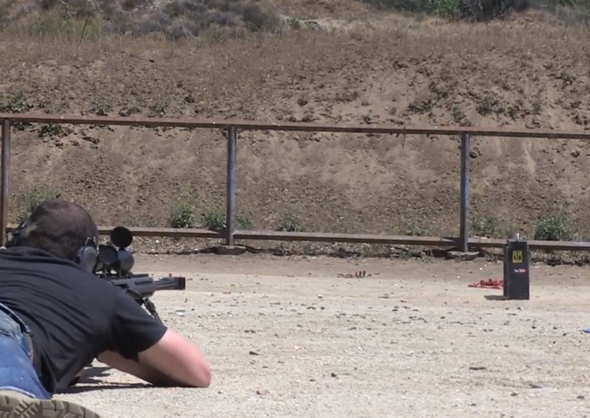 The gun in question is a Barrett M82A1 .50 caliber sniper rifle, which if we’re entirely honest means almost nothing to us. Still seeing it propel a bullet at a smartphone like the shiny new HTC One is a sight to behold, especially if that smartphone is yours!

The end result is, predictably enough, utter destruction and chaos. It’s safe to say that not many people will be using an HTC One as a protection against bullets, which is good considering the fact it got obliterated by the aforementioned sniper rifle. 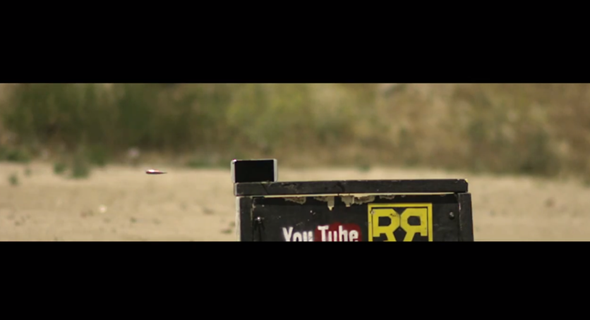 The One is HTC’s latest attempt to compete with the likes of Samsung and Apple. Everyone we know that’s handled one says that HTC may just be onto a winner this time around, but then many said the same about the One X, didn’t they?

Before you watch the video, and if you have a heart for beautiful gadgets, it is advised that you stop right here, right now, if not, then go ahead!