The HTC One is unquestionably a beautiful device. In fact, many have stepped out and described at as the prettiest of the lot – even easier on the eye than the Apple iPhone 5. But if the One was particularly susceptible to major damage or blemishes, that perceived beauty could quickly be wiped out, so to see if this handset can survive some of the everyday wear and tear these kinds of mobile devices often encounter, check out the video embedded at the end of this post.

The tester in the video scratches the device with a key, the he takes a large kitchen knife to the device by finishing off with a good, old-fashioned mallet drop. While, aside from the key scratching in the pocket, these are not exactly the kinds of situations your HTC One would find itself on the receiving end of, it does offer a real look at just how tough that aluminum chassis is in preventing major trauma. 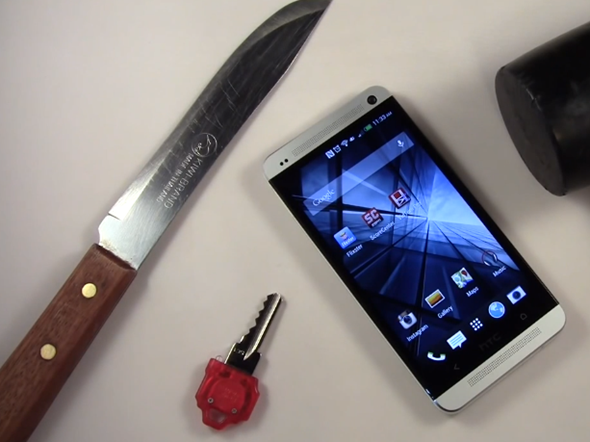 The first scratch test sees the Gorilla Glass 2 completely unaffected by some rather substantial key scratching, and although the aluminum rear did throw up one or two marks, a quick wipe of a microfiber cloth saw it emerge from the key ordeal relatively unscathed.

Next was the altogether more daunting prospect of the knife. Once again, despite some pressurized slashing, the Gorilla Glass 2 came through without a mark, but the back cover did sustain one or two noticeable marks which could not easily be shaken off with the microfiber material. 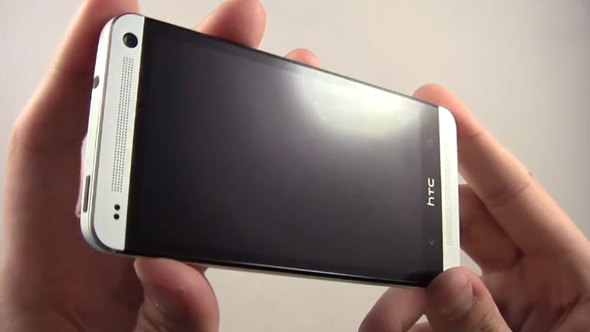 Even when the mallet was called into action, that robust concoction comprising the display kept the device looking virtually unscathed from the front. To cap things off, the tester then took the knife to the edges of the device, and as you would perhaps expect, the real damage then began to emerge.

It’s important to note that while the One came out fairly favorably following these tests, it would only take a drop from two feet at the wrong angle on the wrong surface to render the device completely unusable, so please bear this in mind if you’re planning on purchasing any device based on perceived robustness.

Thanks, David of PhoneBuff for sending this in!