It may sound like something that has been pulled right from an episode of Hasselhoff’s Knight Rider, but the Tesla Model S can now drive itself in and out of parking after receiving a very simple command from the owner. The new Summon feature – which is now live in a beta state thanks to version 7.1 of the Tesla software – allows compatible Tesla models running the latest software to essentially enter into an autopilot mode that could be extremely useful for those drivers who struggle to park their car in tight spaces.

The latest Tesla 7.1 software update is packed with features and improvements, as is always the case. But it’s undoubtedly the new Summon offering that is garnering the most public attention as it truly represents a major step forward in pursuit of the fully-autonomous vehicle. Elon Musk, CEO of Tesla and SpaceX, is understandably extremely excited about the new functionality within version 7.1 and what it means for the current Tesla generation, but also stresses that Summon represents nothing more than a “baby step” toward introducing a fully-autonomous Tesla within the next two years.

As it stands at the moment, Summon is a great feature that is being pitched as a way to park or squeeze the compatible Tesla into a tight parking space or garage. It’s especially useful for spaces, such as a home garage, where it may be difficult for the driver to get out of the car owing to a tight fit between the door and the surrounding structure. Tesla owners are simply able to line up the car behind the garage or the space, and utilize the associated key fob to start the automated parking feature. Tesla has even gone as far as allowing an integration with a HomeLink-enabled garage door, meaning that once the vehicle is parking or has parked itself, it can automatically trigger the opening or closing of the garage door. 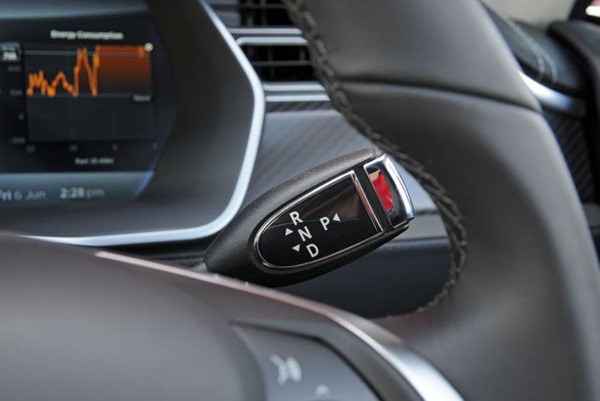 Musk clearly has great ambitions for Tesla which go way above and beyond what Summon is capable of. Version 7.1 may introduce the feature that Musk describes as a “baby step”, but it’s also stepping stone to a future that will hopefully see Tesla owners able to command the vehicle to come to them from anywhere, as long as they have their smartphone with them.

Musk acknowledges that achieving the fully-autonomous state within two years is “slightly optimistic” due to vehicles requiring a lot more sensors embedded within them. Musk does however believe that the technology required to make it a reality will definitely be ready within those timescales.