When the Apple Watch was announced it was clear that it would suit particular use cases more than others, and it was hoped that developers would take that on board when creating applications for the new wearable. So far that hope has not always resulted in great apps landing on the App Store, but there are undoubtedly better than others. The best apps out there embrace what the Apple Watch is instead of trying to shoehorn an iPhone app onto your wrist.

Which brings us to one new app that suits the watch down to the ground, and even though it isn’t available just yet we’re willing to bet that the embedded video will be more than enough to whet your appetite. 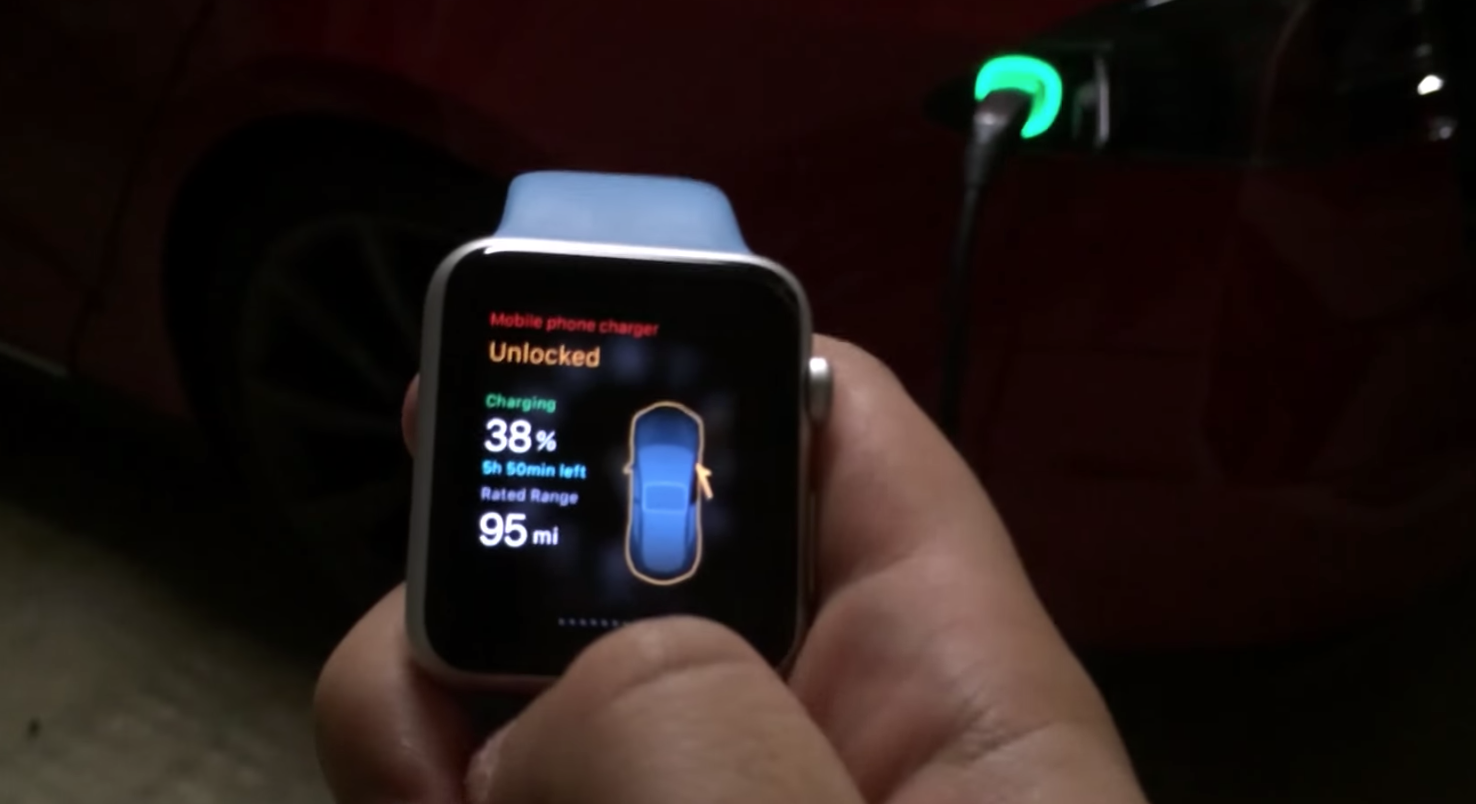 Created by developer Allen Wong, Remote S is an app that allows users to remotely control their Tesla Model S electric car right form their Apple Watch. So yeah, you’ll need Apple’s new watch and also happen to have a rather fancy car to go alongside it but if you do, well, this app looks just wonderful.

Connecting to the Tesla Model S via the internet, meaning the app can be used anywhere there is a WiFi or cellular connection, the Remote S app allows Apple Watch owners to remotely control the car in a variety of different ways – stopping just short of actually driving the thing. Users can open doors, flash lights, make adjustments to the climate control, open the car’s roof and even start and stop it from charging as well as set maximum charge levels should that be something you want to do.

To say this new app is feature rich doesn’t really do it justice.

Now we might have an Apple Watch but we don’t have a Tesla Model S to try the app with once it becomes available. If it works even half as well as the teaser video shows though, this is going to be very popular amongst the small subset of people that can actually use it.

Welcome to the future folks.