Ever wondered what boiling Coca-Cola can spell for your iPhone 6? Let this video be your field guide.

TechRax is well known for releasing videos that showcase the brutal destruction of the latest smartphones using various techniques and methods. Cooking up an iPhone 6 in boiling Coca-Cola is his latest adventure, and the Coke has literally been heated up to a molten lava like state. Nothing really happened when the iPhone 6 was dropped in, but it wouldn’t be much rocket science to understand that the substance would have slowly seeped into the phone and the screen would crack any moment now. 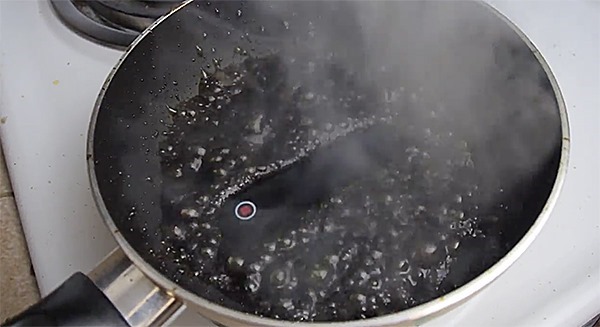 With the phone being seriously heated up, it wasn’t too long that a huge puff of smoke, which can be best described as the exhaust of a steam powered train, came into action and the guy had to quickly take a few steps back to avoid it. While it may look pretty cool on video, there’s a battery being boiled in a sticky gooey substance that may or may not suddenly release a few splatters, or even more.

After the device has been taken out and left to be cooled off, we can see what truly transpired here. The device seems pretty much intact with the rear being fairly resistant to disfiguration, but the screen not only was cracked, it had peeled off from the top.

Coke has been known to remove rust, and even clean up toilets like magic. We’ve seen people having a go at Coke with the usual Mentos which is a sight to behold. However, boiling an iPhone 6 in Coke, as it turns out does not provide much excitement at all, but in fact I cannot stress enough on how dangerous this can be.

TechRax has warned users to not try this at home, and I would say you pay heed to his words. Do share your thoughts on this video here.