You may remember Richard Ryan from RatedRR as the enthusiastic individual who decided to see how a brand new PlayStation 4 fares against a .50 caliber rifle. As you might have guessed, it turns out that Sony didn’t build the PS4 to withstand relatively close range, high-powered rifle shots. With the Xbox One now widely available, it seems only fair for Ryan to put Microsoft’s console through the same test, albeit with the addition of 16-foot detonation cord and a new “drag-race” setup.

This latest video in Ryan’s series of “technology versus .50 caliber rifle bullets” doesn’t just show a bullet obliterating the new Xbox One console. The video lasts nearly eight minutes and not only explains the idea behind the drag-race setup, but also highlights the whole scientific process behind getting each of the vital components in the setup correct. Who knows that opening fire on a static gaming console would prove to be so scientific? Ryan explains that he has even gone through the process of testing break-wire circuit boards with the aim of setting off the detonator, all to no avail. 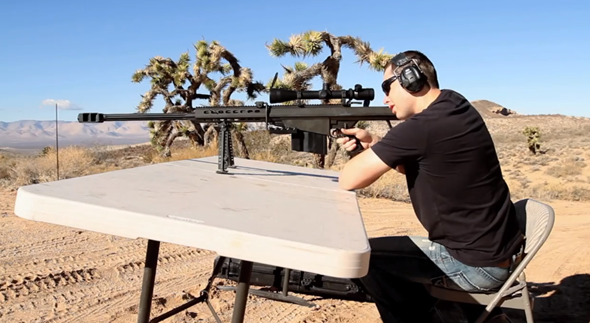 After testing out the firing and detonation, Ryan calculated that he would require 16-foot of cord to make it a fair test. The system was set up so that the fired .50 caliber round breaks through the cord ignition target and ignites the beginning of the detonation cord. The resulting ignition then pits the velocity of the detonation cord against the high-powered rifle bullet to see which one can destroy the console first. It sounds like the perfect race to us. 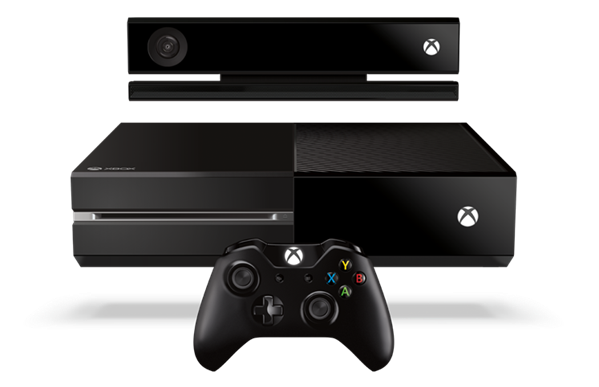 As is always the case with the videos from the RatedRR YouTube channel, the whole process was captured in super slow-motion so that we don’t miss a thing. It also looks extremely epic to see a piece of popular technology explode in slow-motion when the bullet actually hits. After all of the hard work put into setting the experiment up and getting all of the variables correct, it’s actually very difficult to see if the bullet or the detonation cord hits first. Still, check out the video yourself to see a destructive end to a great piece of technology.