Watch: 6 Years of iPhone Under 6 Minutes Before iPhone 6 Launch [Video]

Apple’s new iPhone 6 announcement is barely a week away now, and the excitement around the upcoming media event is at an all time high. The Cupertino tech giant is not only expected to unveil the new 4.7-inch iPhone 6 flagship smartphone, but also unveil the wearable lineup that might (or might not) end up being called the iWatch. Along with these, we are expecting to see the public availability of the iOS 8, the OS X Yosemite, and hopefully a few other goodies as well.

With the launch date now just around the corner, it’s interesting to refresh our memories with respect to Apple’s product releases in the past. And so, with that in mind, the video below provides a quick and neat summary of each iPhone launch event to date, starting with the first iPhone that was introduced all the way back in 2007. Go ahead and give it a watch – it’s fun to reminiscence how far Apple (and technology in general) has come in such a short span of time. The 6-minute video serves as a great trip down this particular memory lane, so you won’t regret the time spent on this. 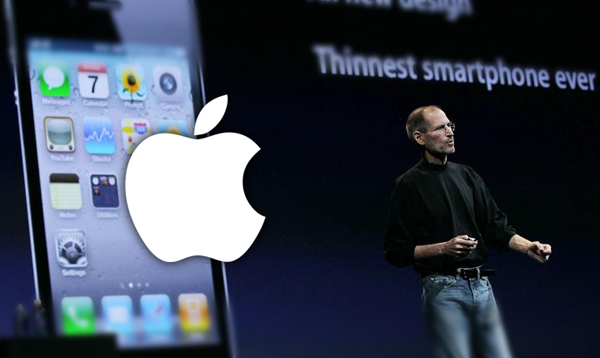 The Cupertino tech giant has been at the forefront of innovation, and I say this without bias (despite getting a lot of hate for this). There have been several occasions that Apple has perhaps “copied” features from its competitors, but not only have they added a fresh touch to them, but also established how something is done properly. For a lot of new features that iPhones have carried over the years, they weren’t really the first-timers, but they made them mainstream. Not to forget, it was the iPhone that made touch-screens a norm in smartphones – a market that was, at that time, dominated by Nokia’s Symbian OS and BlackBerry phones.

At the September 9th media event, Apple is expected to up the game once again. The iPhone is finally getting a larger screen (and we’re not even considering the 5.5-inch iPhone 6 phablet that might not get announced at this time), the A8 processor is definitely going to be outclass, and the phone will have further niceties that we’ll know about for sure once we get there. However, it’s certain that the device will see massive sales, and Apple will come out heavily profitable once again.