Although Sony’s PlayStation Vita has largely been forgotten thanks to the boom in smartphone and tablet gaming along with the PS4’s rise to prominence, the Japanese outfit behind the handheld is still working to improve the experience. Throughout many markets, particularly in Japan, the Vita remains at the fore of the gaming world, and with the Tokyo Game Show about to kick off, Sony has taken the wraps off a new feature that will allow PS4 users to beam gameplay directly to the Vita.

The PlayStation 4, which launched just prior to the holiday period last year, has enjoyed a very promising start, outselling the Microsoft Xbox One and overturning the deficit that the PS3 suffered at the hands of the Xbox 360. But while Sony has focused its efforts on improving the PS4 in terms of services, accessories and big-name titles, it has also used its flagship console as leverage to boost exposure of the PS Vita, and with even more integrating features in the offing, it’s reasonable to suggest that a number of PS4 owners may go out and pick up the portable gadget as a result. 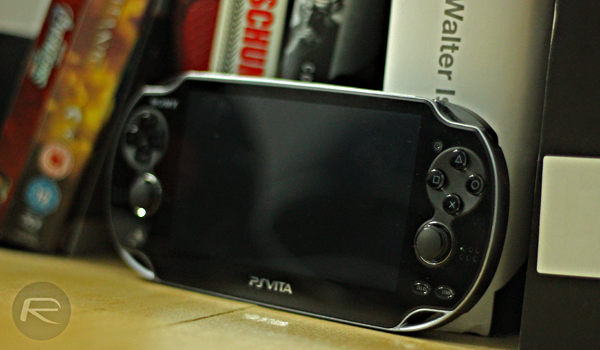 The streaming facility, which will take the form of a PS Vita app, is interesting enough, and apparently, there’s more to look forward to for PlayStation fans in general. A bunch of themes will also be headed to the PS4 and PS Vita alongside the streaming feature, with the option of animated themes also a part of the deal.

There’s also a new color option for the PS Vita, with the two-tone pink and white option releasing on November 13th for the price of 18,980 yen, or $182.

We can expect the new themes and streaming app to arrive around October, although with nothing having been officially set in stone, we’ll keep an eye out for any updates.

Sony might have established an early lead over Microsoft, but these head-to-head battles don’t tend to mature until a couple of years in. Thus, the Japanese company will need to consolidate if it wants to prevent the Redmond giant from gaining momentum and creeping back up, and this new streaming option will do the cause no harm at all.

What do you think? Do you believe this move will boost the PS Vita to new heights once again?