One of the most powerful media players on the market VLC Media Player is now available for download in a pre-alpha state on Android. Link embedded after the break! 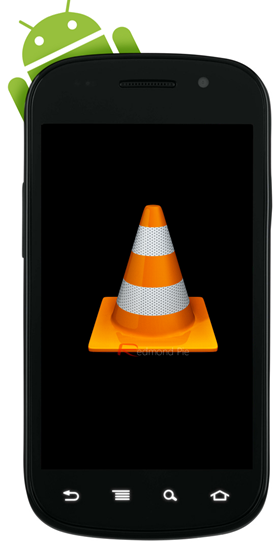 The news comes straight from developer CVPCS who, according to his own words, “came across some information on how to build VLC media player for Android” and, using his developer skills, managed to get it running on his Android device after building a pre-alpha package of it.

I’m sure our readers already know about VLC Media Player. It is a open source media player which, well, plays just about every conceivable media format you can throw at it. The fact that it is free and that it is available for a wide variety of operating systems make it the go-to choice for power users. Everyone here at Redmond Pie uses it and we love it to death.

VLC Media Player was launched on iOS some time back, but it was, sadly, later pulled after this one developer complained how open source software can never be released on a closed store like Apple’s App Store. The app later launched on Cydia, though, so this story has a happy ending.

Anyhow, we’ve been waiting for an Android port of VLC Media Player for a long, long time. Our prayers have been answered today as CVPCS built a pre-alpha package for it which you can test out right now.

Today while browsing teh interwebz, I came across some information about how to build VLC media player for android. As someone who uses VLC quite a bit on my desktop, I was quite excited at the prospect of running it on my Android devices, so I went ahead and built a pre-alpha package for it!

So why is this so cool for Android? If it can be optimized, especially with the onset of dual-core phones, you can say goodbye to the old days of having to re-encode your video and audio files to a “supported format” for your device.

While I personally don’t understand the technical reasons behind it, but because of its use of the Native Development Kit, only specific builds of VLC will work on specific devices. As such, there are two builds currently available NEON and NONEON.

Be sure to enable Unknown sources under Settings > Applications before you download, otherwise you won’t be able to install the .apk files.