most awaited release which is surely set to have a big impact on Microsoft platform developers in a positive way! The Beta bits released today are available in following SKU’s: 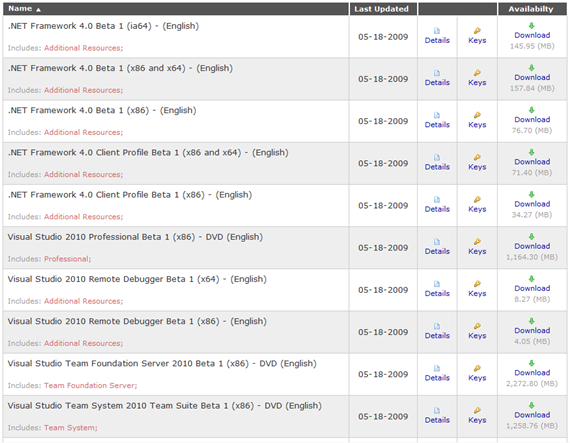 General public availability of Visual Studio 2010 Beta 1 is expected on 20th May through Microsoft Downloads Center.