I took these screenshots on a Windows 7 machine under Vista Mode using Windows Virtual PC, hence no Aero Glass.. 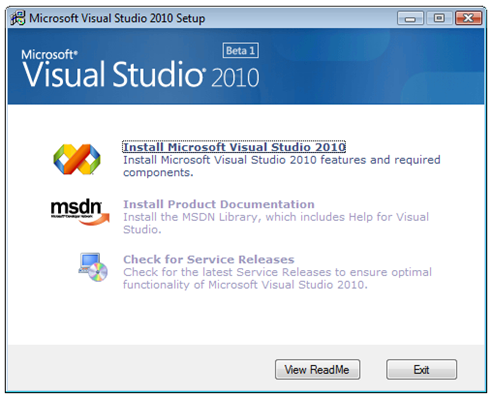 Installation: Looks very similar to the one in Visual Studio 2008. 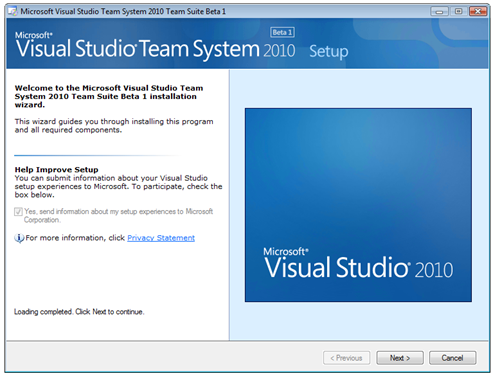 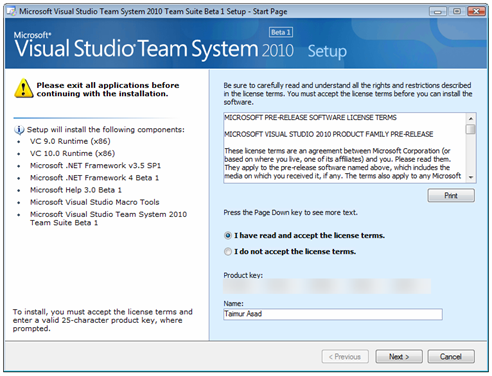 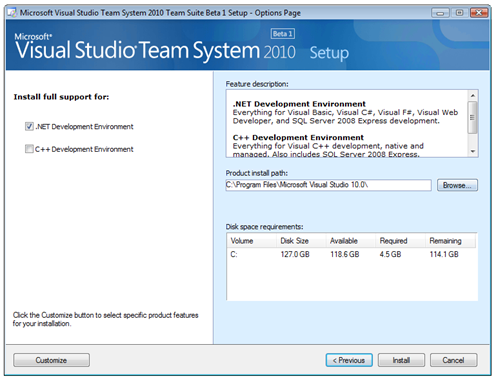 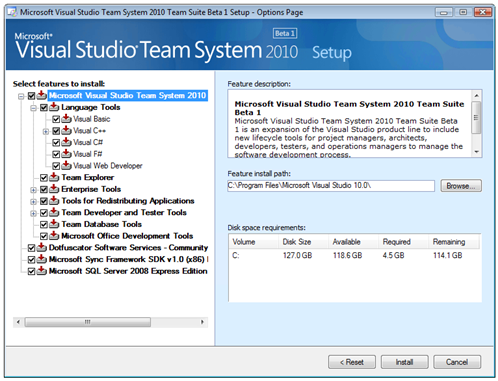 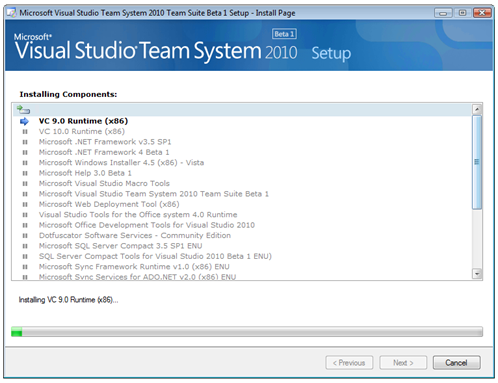 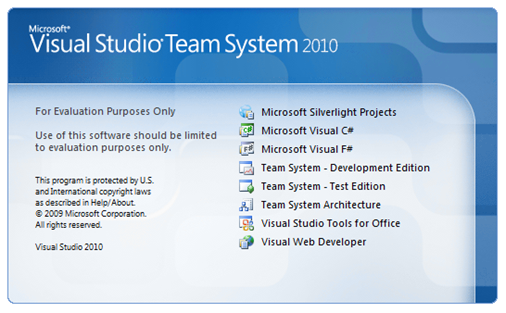 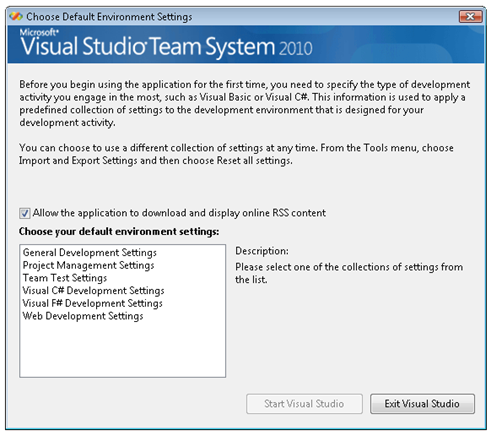 Choosing the Default Environment Settings when Visual Studio is launched for the very first time. 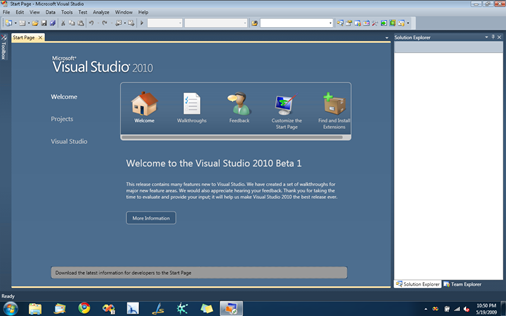 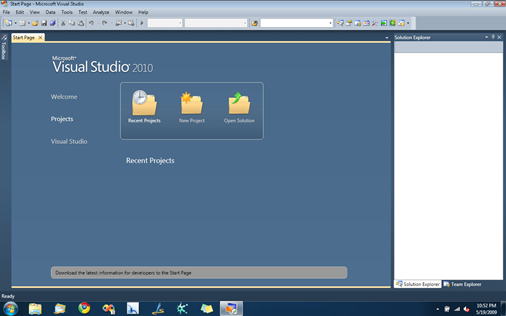 More from the new Start Page… 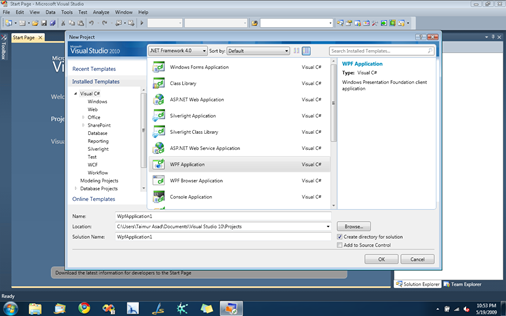 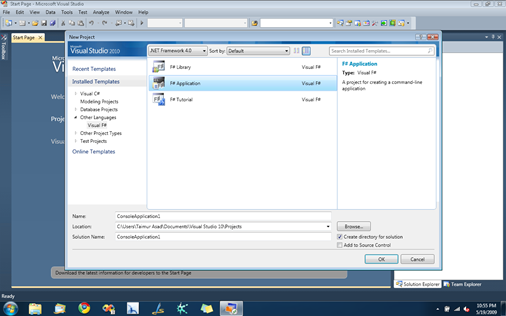 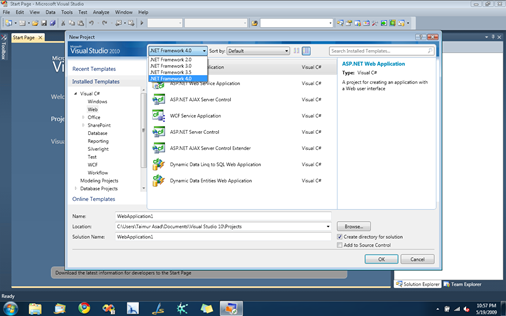 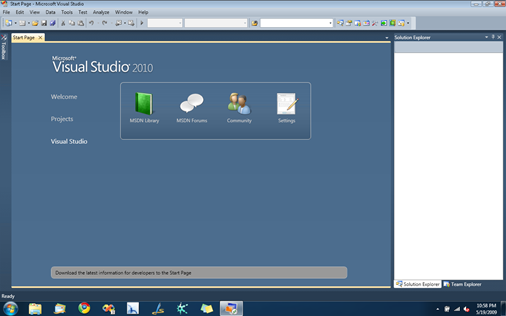 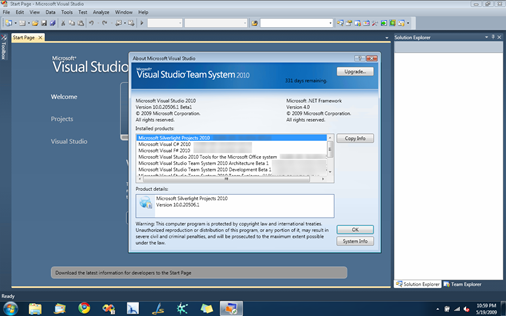 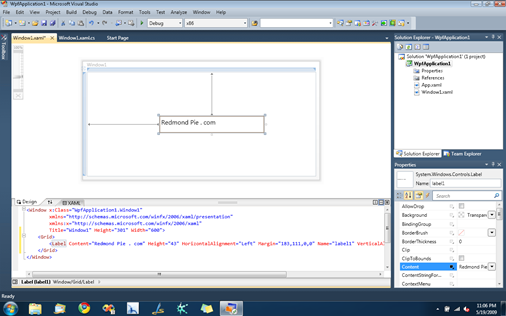 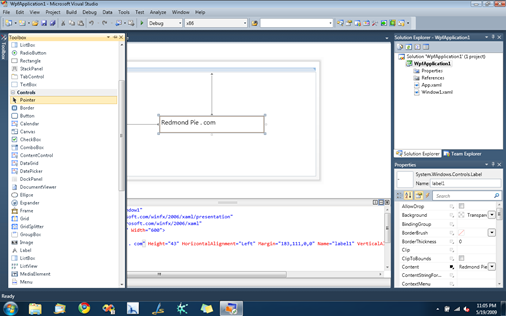 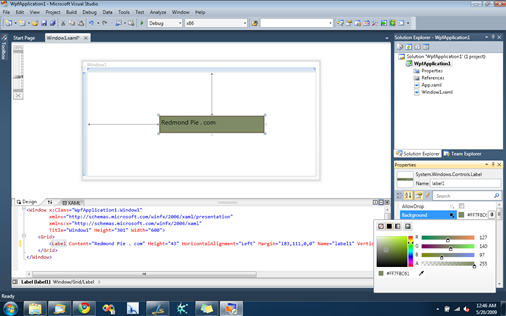 Color Picker: Properties panel now includes a built-in color picker pretty much like what we have right now in Expression Blend. (Thanks to Imran for the tip!) 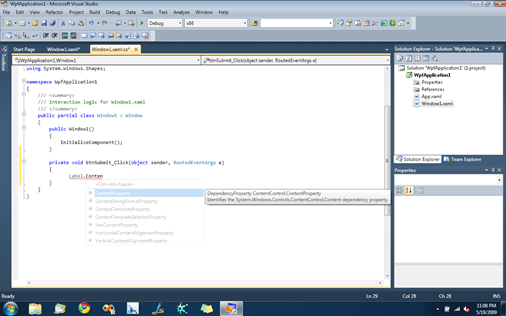 The code behind file.