Virgin Atlantic check-in clerks at London’s Heathrow Airport have been given the opportunity to utilize the powers of Google Glass at work on a six-week trial basis. It is hoped that the wearable tech may help make the process of checking in more streamlined for both customers and agents alike, with various information regarding flights, delays, weather and gate changes available to attendants at-a-glance.

During the trial, Glass will be used to identify a passenger, at which point, information on the customer’s flight is shown. From there, the concierge can view specific details including where the passenger is sat and preferences they have chosen, and since Glass can then subsequently check the passenger in thereafter, the often tedious task of checking in could be condensed into a brief, hassle-free encounter.

Glass can also show up other useful info, such as weather and events pertaining to the destination of the flight, and not only does the inclusion of the technology make the process a lot smoother, but, at least in theory, is pretty awesome.

The pilot scheme is only running on Virgin Atlantic Upper Class flights at Heathrow Terminal 3, so if you happen to be passing through during the next six weeks, you too should be able to experience the benefits of Glass first-hand. 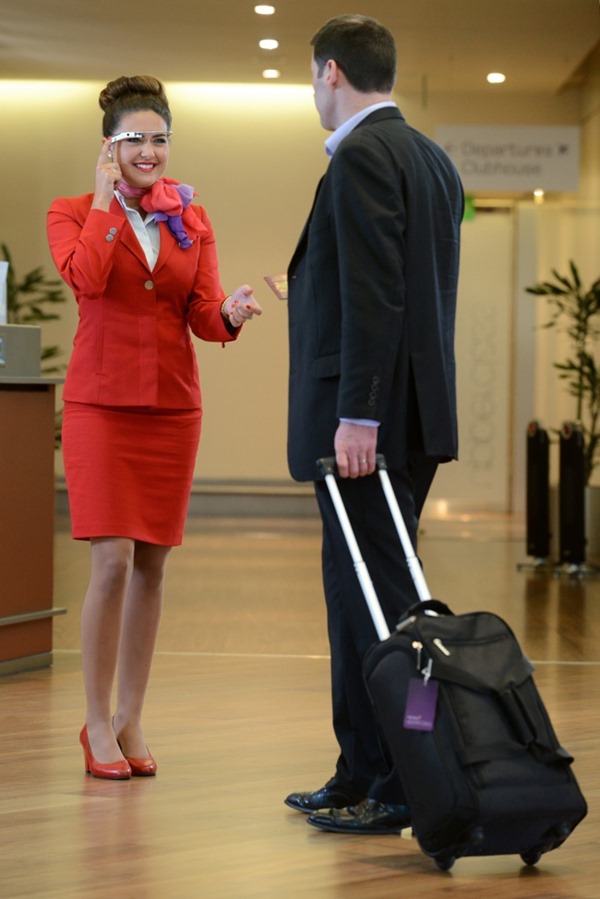 The argument for Google Glass not being a consumer-aimed product is growing, with many service providers and public sectors having already begun testing out the Big G’s wearable technology. Just last week, for example, it was revealed that the NYPD was trialing Glass as a way of recording ongoing criminal activity, after a judge ruled that stop-and-search was in breach or rights in certain New York precincts. 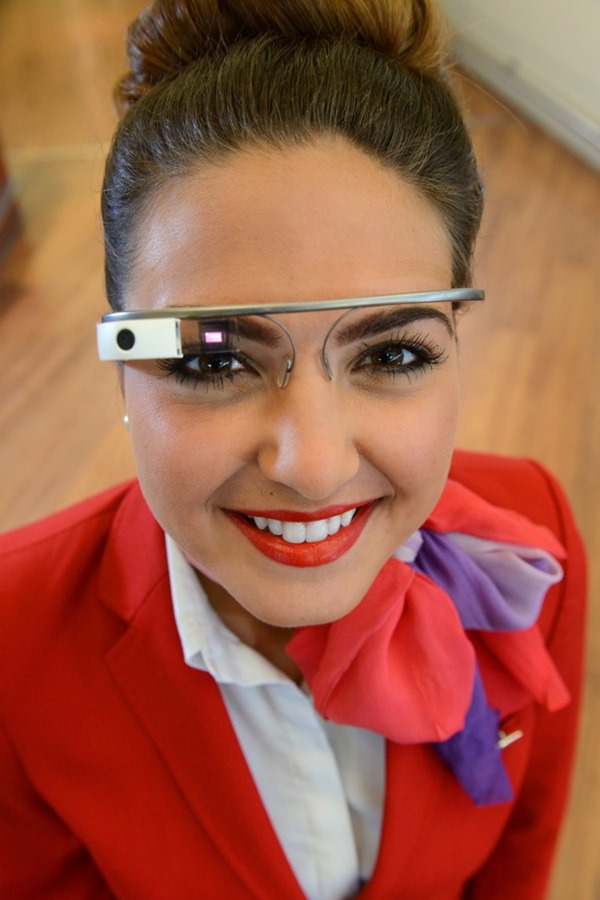 Whether we’ll be seeing the face computer used in policing or on-board flights remains to be seen. The currently beta Explorer Edition is still in relative infancy, and seems quite a way off being of any tangible use to anybody at its current duration. However, with a little more development, there’s a good chance that Glass, and other such augmented reality tech, could be extremely useful in wider society, and even, perhaps further down the line, as a consumer product.

But the big question is: are we ready for such technology to go mainstream?