Using iPhone 7 In The Shower Is Becoming A Thing Now

When a new iPhone is released, eager buyers rush to try out whatever fancy new feature Apple has bestowed upon them. In the past those new features have been things like Touch ID, 3D Touch and larger screens, but this year, and with the iPhone 7, one of the most eagerly anticipated features has now arrived; water resistance.

It may sound crazy, but water resistance is indeed something that many had been expecting to make its way to the iPhone sooner than it did. After years of competitors lauding it over them with regards to phones being able to get wet without any ill-effects, Apple’s flagship is now as happy on dry land as it is in the shower, and boy are people keen to take advantage of that fact. 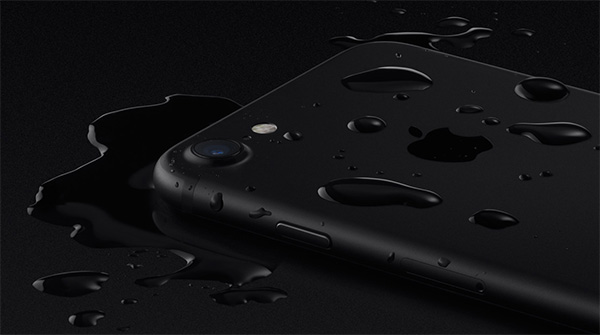 So keen, that it has become sort of a trend ever since the phone found its way into consumer hands, with people sharing the information all over social networks.

Whether the medium is Twitter, Facebook or whatever social media platform is the big thing this week, people are taking to it to share anecdotes about their use of iPhone 7 and iPhone 7 Plus smartphones in the bath, the shower or even when swimming. It’s as if their lives have been spent waiting for this moment. That moment when they could stand in the shower, warm water trickling down their spine, and all the time playing Candy Crush.

We really do live in the future. Or, at least, those now using iPhones have finally managed to get to the same future that owners of some other phones have been living in for some time. Us? Well, we rather enjoy our alone time in the shower thank you very much. It’s one of the few times we’re free of the world, when nobody can interrupt us, where life can’t get at us.

Check out some of the tweets below from excited iPhone 7 users right out of a bathtub or shower: 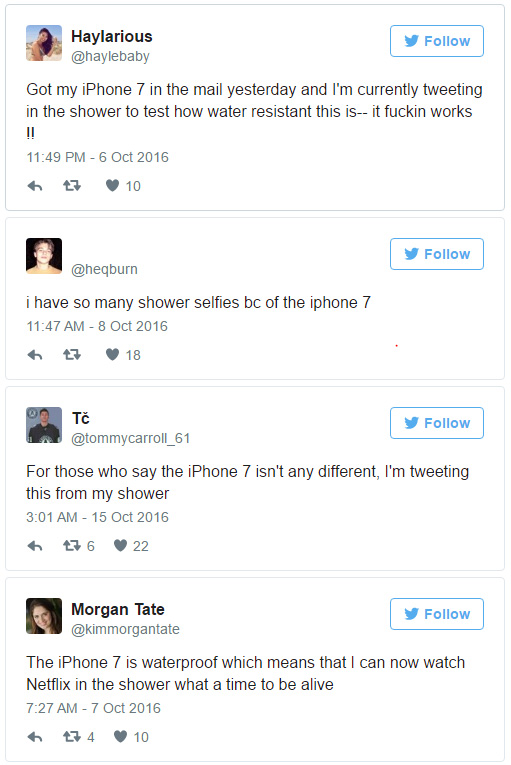 It’s important to note that while iPhone 7 is officially certified as IP67 for water resistance, Apple, like other manufacturers, doesn’t cover water damage under warranty. You may still want to be careful when taking your iPhone in shower or bath.