Sometimes a story appears that you just assume is an Onion article, but isn’t. That’s the case today following the news that a Taiwanese man swallowed an AirPods and then….retrieved it. And it still works.

You’re probably asking how he swallowed the AirPod in the first place, and that’s a valid question indeed. Apparently he fell asleep with the AirPods in his ears, but when he woke one was missing.

Got you all interested didn’t we? Well for more on this we’ll move to the more interesting bits.

And for that purpose, we’ll let the Daily Mail pick up from here.

Ben Hsu fell asleep with the pair of wireless headphones still in his ears but woke up unable to find one of them.

Using an iPhone tracking feature he discovered the device was still in his room and heard its beeping sound following him around.

He said: ‘I checked under my blanket and looked around but couldn’t find it – then I realized the sound was coming from my stomach.’as

The man then went to hospital to see what to do next, and after an x-ray it was confirmed that the AirPod was moist definitely inside him. 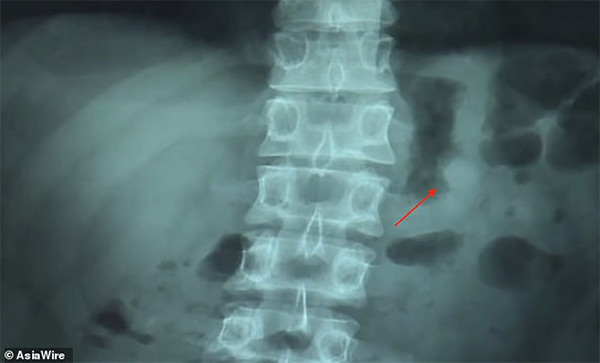 The option of surgery was discussed, but it was ultimately decided that the best cause of action was to wait and let the AirPod come out naturally. We’re sure you can figure that out for yourself.

Amazingly, once the AirPod had been retrieved, it continued to work just fine and the man seems very happy to have it back. Oddly, he’s continuing to use it whereas we think we would rather set fire to it. To there you go.