US Government To Samsung Galaxy Note 7 Users: Turn Off Your Device Now And Return It

If owners of the Samsung’s Galaxy Note 7 thought that the exploding battery issue was just going to fade into the ether, then it appears that they are wrong. In a new warning, the United States Consumer Product Safety Commission (CPSC) has warned Galaxy Note 7 owners to “power them down and stop charging or using” the smartphone.

The warning comes on the back of a number of high-profile incidents related to exploding batteries with in the Galaxy Note 7 that have, in some instances, caused significant damage to property, including a vehicle and a hotel room, among other cases. 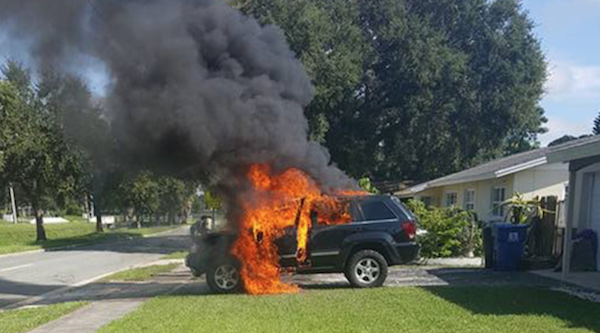 Samsung has already issued a recall notice of its own, asking for concerned Galaxy Note 7 owners to return the device to a store for it to be exchanged for a replacement temporary device, which would then be ultimately replaced by a non-faulty Galaxy Note 7 when a new batch comes off the assembly line. It now seems that Samsung has decided to work directly with the US Consumer Products Safety Commission as a part of a collaborative effort to ensure that all Note 7 devices are returned and replaced in the correct manner.

Here’s the statement by CPSC:

CPSC is working quickly to determine whether a replacement Galaxy Note 7 is an acceptable remedy for Samsung or their phone carriers to provide to consumers.

These incidents have occurred while charging and during normal use, which has led us to call for consumers to power down their Note 7s.

We are asking users to power down their Galaxy Note 7s and exchange them now. New Note 7 replacement devices will be issued to exchange program participants upon completion of the CPSC process. In the interim, consumers can return their Note 7 for another device.

The US Note7 Exchange Program offers consumers the following choices:

The intervention by the United States Consumer Product Safety Commission comes on the back of the FAA issuing official warning against the use or charging of Note 7 devices on airplanes. As previously reported, several airlines in Australia, India and the Middle East have already taken the reactive steps to officially ban Galaxy Note 7 from being taken on board their flights. It seems that although Samsung has been very reactive to the issue with its own recall, it’s now working alongside the proper governmental bodies to ensure that it’s done in the correct manner.

The South Korean company will also be giving a $25 gift card or credit bill to those consumers based in the United States who take part in the US exchange program.

If you have purchased a Samsung Galaxy Note 7, then we strongly recommend sending the device back to Samsung as soon as possible before any accident occurs as all units sold since launch to date are defective. For information on how you can do that, check here: Galaxy Note 7 Recall: How To Return It To Verizon, T-Mobile, Samsung, Others.