US Airports With The Best WiFi Speeds, Ranked

It’s probably fair to suggest that there’s a decent case to be put forward for access to semi-reliable Wi-Fi no matter where we are. In the home or office it’s a no brainer of course, but even when traveling cross-country or internationally via plane, there should always be some form of access to Wi-Fi.

Unfortunately, Wi-Fi can be hit and miss in those types of environments, especially at airports where a lot of people with various devices may be accessing the network. Speedtest.net has clearly been thinking about this issue, and has taken the opportunity to rank Wi-Fi speed across a number of airports in the United States. 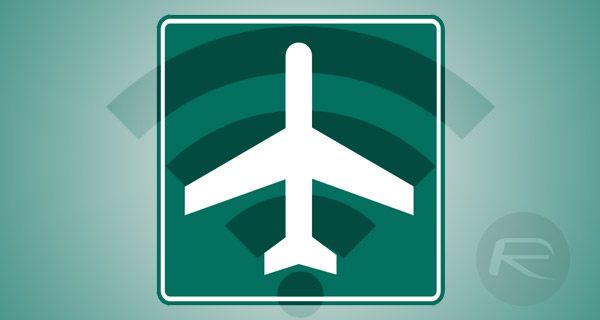 First and foremost, there are literally thousands of airports in the United States, of all shapes and sizes, which service differing amounts of people depending on the size and general location of the airport.

To get this data, Speedtest.net looked at the boarding metrics of the airports to ascertain which are the most popular airports in the U.S., and once armed with that information, went about testing and correlating the upload and download speeds of the Wi-Fi networks in those popular airports. As you can see from the graph of the results, there’s wild variation in both upload and download depending on the airport you’re actually in.

If you’re planning on traveling around the United States, then the data would seem to suggest that Denver (DEN) airport would be the place to get that last minute work done if you require reliability and fast upload and download speeds. From an upload perspective, Dallas Fort Worth (DFW) airport is the king of the uploads, with a staggering average speed reaching nearly 80Mbps compared to Denver’s 65Mbps. Both are impressive considering they are publicly available spots in an airport. Denver’s download speed nearly matches that of its upload with an impressive 62Mbps, with Philadelphia (PHL) coming in second place with a very reasonable 48Mbps download and 53Mbps upload. 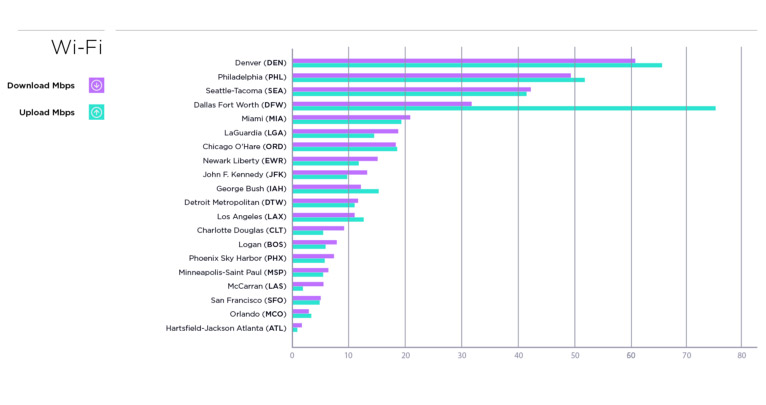 You aren’t going to have the same pleasurable Wi-Fi experience if you are passing through airports like Orland (MCO) or Phoenix Sky Harbour (PHX) with download speeds of around 4Mbps and 8Mbps respectively. Those speeds are definitely still decent enough to get that important work done, but pales into insignificance when you consider them against the best performing Wi-Fi networks at U.S. airports.