Want To Unlock The Region Of Your DVD Player? Here’s How

Back in the DVD golden age, I can remember having a difficult decision to make, regarding DVDs of course and their dreaded players.

DVDs were brand new tech (I’m showing my age again, aren’t I?) and wanting to be at the front of the technological curve, I wanted to get my hands on a DVD player. Problem was, I knew those little plastic platters had a new-fangled region lock on them, and I didn’t like it.

In the end I bought a UK one and got it modified so it would play anything I threw at it, but that’s a whole other story. 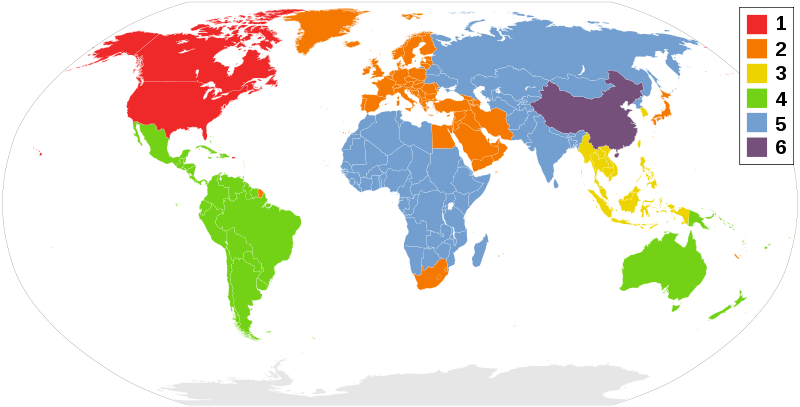 These days, things are much simpler. While region locks are still in full force, many players come with an Easter egg of sorts, meaning they can be unlocked at will, with just a few button presses required to work the magic.

The DVD Hacks Database offers up a nice big list of all the players that feature such an ability to be easily forced to play any region disc, and even provides you with the required routine.

It’s all super-easy, but we at Redmond Pie still think region locks are one particular hoop we end users shouldn’t have to jump through, just to give companies out hard earned money. Do the movie studios not learn? Make access difficult and people will turn to the easiest way to get hold of the movie they want to see – usually their favorite torrent site.

As LifeHacker points out though, things are at least beginning to get a little easier.

Why does region coding exist? When DVDs first appeared in the late 1990s, films that are slated to be summer blockbusters in the United States may end up being a Christmas release in Europe or Asia. When that happens, the DVD release of the film in the US may proceed the theatrical release elsewhere and impact the box office return in that country. Region Codes allow, in theory, for a film distributor to determine the release date, price, and other variables. This was happening at the same time as the rise of the internet-fueled global economy. These days foreign release dates are now either simultaneous with the US release date or the foreign release date is close enough that DVDs are not a serious concern. As a result Blu-ray discs only have three regions as opposed to eight for DVDs.