Awesome folks on the Dev-Team have released the much awaited PwnageTool 3.0 for Mac to unlock and jailbreak iPod Touch 1G and both the first-gen iPhones and its successor the iPhone 3G. iPhone Dev-Team has announced the availability of PwnageTool 3.0 and so now you can easily unlock your iPhone with firmware 3.0. Here’s what all you need to know before unlocking or jailbreaking your iPhone with OS firmware 3.0 (From Dev-Team):

The ‘baseband’ is the generic nickname given to the internal components of the iPhone that handle the phone calls and Internet access. This ‘baseband’ is a tiny and unique independent computer system that runs inside your iPhone, it is separate to the main system that handles the applications (such as email and google maps) and it talks to the main part of the phone over an internal communications network. Think of it like a cable modem or other peripheral that is attached to your home PC that needs occasional updates. When a software update is released and presented to you within iTunes the baseband is sometimes updated (to fix bugs or add new features). The 3.0 update for the iPhone 3G contains such an update, so running the vanilla updater straight away with iTunes will reprogram and update the baseband.

This applies if you bought your iPhone 3G for $$$$$$$. This model of iPhone 3G doesn’t have an Service Provider lock (aka factory unlocked) and you are able to put any SIM card into the phone and get service. Your phone is already unlocked so you do not need to worry about baseband updates, simply upgrade to 3.0 using iTunes and then use PwnageTool to create an ipsw and then use this to jailbreak your phone.

Use PwnageTool to do the magic and then restore with iTunes using your newly created .ipsw ‘nuff said, you don’t need to worry about anything, the baseband will be unlocked, the phone jailbroken.

Use PwnageTool to create a firmware image and restore with that .ipsw using iTunes.

Sorry, no support at this time within PwnageTool, use Redsn0w for an earlier (pre 3.0) firmware release instead. 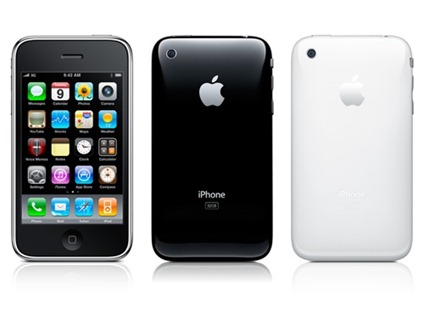 Windows users will have to wait for a while before they can jailbreak & unlock their iPhone’s on PCs. We will be soon up with a complete guide on how to unlock and jailbreak iPhone with OS 3.0. So stay tuned!

UPDATE 1: I have written a complete guide here on how to unlock and jailbreak your iPhone with OS firmware 3.0 on a Windows PC. Make sure you check that out.

ultrasn0w is out! iPhone 3G users can now unlock their phones running jailbroken iPhone firmware 3.0 by following the step by step guide here.