The speed at which iOS developers within the jailbreak community seem to act on an idea and turn it into a fully functional reality never ceases to amaze me. It was only a matter of days ago when we brought you the beautiful fold-to-unlock iOS concept which Dribbble member Anton Kudin released, something that prompted Jonas Gessner to spring into action and produce a working variant of the idea.

After a little public interaction via Twitter, Gessner has christened the package ‘Unfold’, and like all of his other Cydia-based work, the tweak is of extremely high quality. So what exactly does the Unfold tweak do, and why do we need it in our lives? Well, first and foremost, it is a package that integrates into the lock screen of a jailbroken device and amends the animations that occur when the device is unlocked by the user. 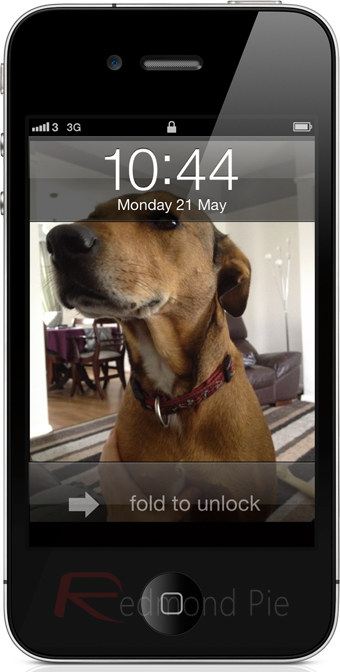 In a stock installation of iOS, the standard behavior of the lock screen allows the user to swipe their finger along the unlock bar to gain access to the device. When Unfold in installed, the swipe gesture is still required, but the text is replaced with ‘Fold to Unlock’ and when the gesture is detected by the OS, the lock screen image is captured and folded out of view like an accordion. The animation is beautiful and smooth, and although it is simply a tweak that amends the visual appearance of the lock screen, it actually manages to make using the device a lot more fun and engaging.

In the last few months we have seen a number of App Store apps implementing a similar folding effect in their user interfaces. The accordion type animation looks beautiful on the Retina display of the iPhone 4 and 4S, and although some apps that offer the same effect have dramatically overused it, Unfold manages to give it a perfect home on the lock screen of the device. Through my extensive usage of the Unfold tweak, having a contrasting home screen wallpaper and lock screen really makes the animation pop out of the screen, and it’s best to have a bright wallpaper to really show off the shadow effects. 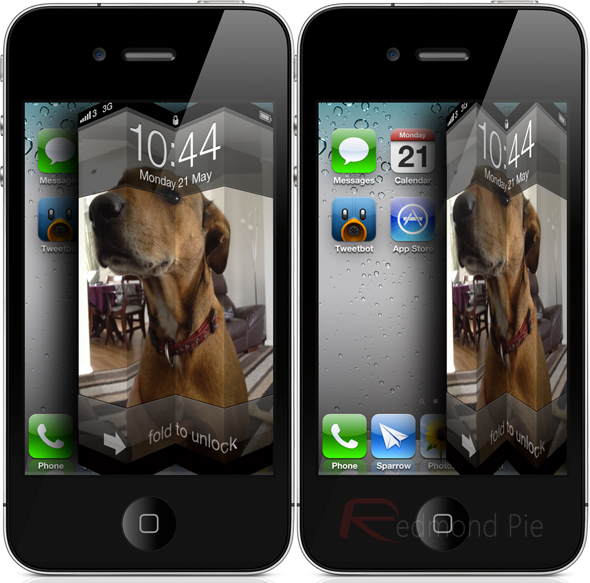 Additionally, the Unfold tweak is also fully compatible with other popular jailbreak packages that alter the lock screen such as IntelliScreenX, LockInfo, Camera Grabber, Bulletin and others. Any lock screen notifications are honored as they should be and the passcode restrictions are respected, meaning that if security is set up on the device then it will still be asked for. Unfold is an excellent example of the iOS development community at its best, pushing out such a polished and functioning package just six days after the original concept came into the public eye.

Unfold is available from the BigBoss repository as a free of charge download, requires iOS 5 or above and is not currently compatible with the iPad.