Gameloft is a power releaser of some of the most epic titles for mobile devices, and has pulled out another of its trump cards with the release of Men In Black 3 for iOS and Android. Will Smith and Tommy-Lee Jones are back to their old tricks after a long hiatus, defending the world from alien invasion, and this accompanying title looks to be an absolute must for any fans of the black-suited duo.

Whenever a sequel is released after a long while, it naturally generates a lot of media interest, and the third installment to the Men In Black series is no exception to the rule. After the success of the first two, the third chapter has an apt springboard to become another box-office smash, and the release of a game to the App and Google Play Stores will certainly do promotion the world of good. 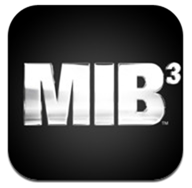 Although bringing back a dormant franchise can often seem like an obvious attempt at eking a few more dollars from the consumer pocket, the critics have been rather kind to the latest effort. With Rotten Tomatoes offering a 63% rating, the consensus seems to be that it is more than watchable, and although its follows a similar motif to the first two as you would expect, it is said to try really hard to offer some novelty. 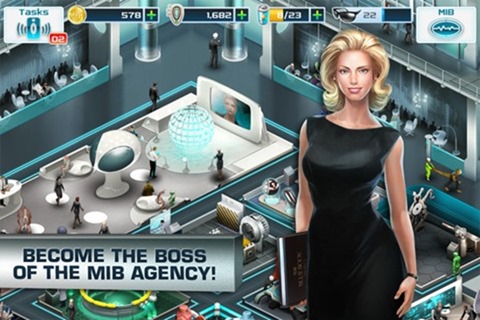 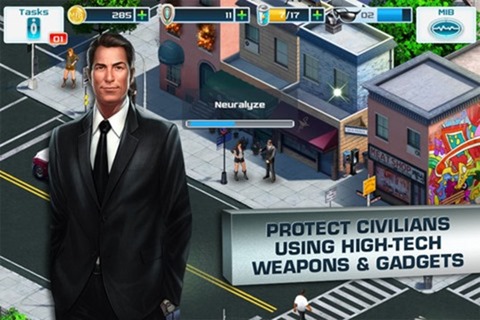 Agents J and K (Smith and Jones) are once again Earth’s last line of defense, and in the mobile title, you are given the responsibility of running the MiB agency, using various weapons and gadgets in protecting humanity from a new kind of threat. In your role as the coordinator, you’ll need to train your agents, assigning them to specific missions in a real tactical battle, and as well as the arsenal of weaponry, you’ll need to build different rooms in order to enhance the efficiency of your agency.

You’ll be travelling in time between 1969 and 2012 New York, fighting the alien scum in iconic areas from Times Square to Central park, and with a sleuth of different aliens to contend with, it’s your job to provide your squadron with the correct weapons and equipment in order to reign supreme. 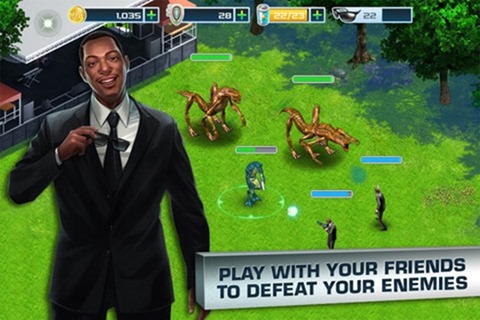 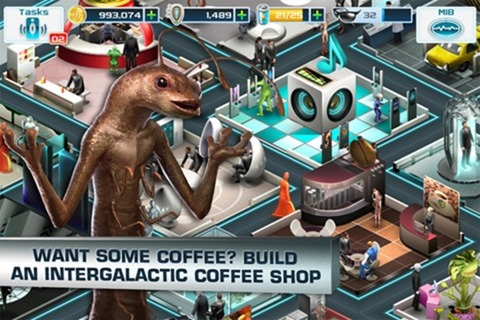 It’s free to download from the App Store and Google Play Store – depending on your poison – and you can also interact with your friends – offering them a helping hand or getting them on board your own missions, for which you will be duly rewarded.

Whether the world was crying out for a third Men In Black is debatable, but curiosity will likely get the better of us, and I would wager that having seen the first two, most would want to see where the story ends.