For the better part of the last few months, Ubuntu has been wowing technology enthusiasts and developers alike with its new flavors aimed at post-PC devices, including smartphones and tablets, known as Ubuntu Touch. Although users of Nexus devices have received a preview recently, Canonical has now announced that users of other tablet and smartphone devices will be able to get their hands on the new operating system very soon. 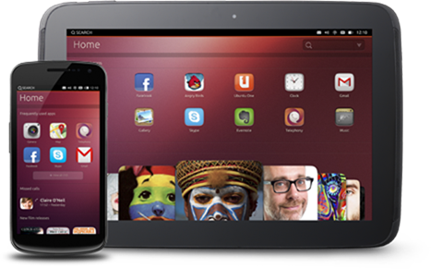 The wide range of devices, both smartphones and tablets, including a few that are quite a few years old, is a reflection of Canonical’s push to deliver the operating system to as many developers as possible before the final release reaches consumers. This approach, Canonical hopes, will ensure that the operating system is both polished and ready for prime time use, as well as having third-party apps available the second that it reaches consumer shelves in 2014.

Ubuntu Touch is the underlying operating system behind Ubuntu for Phones and Ubuntu on Tablets. They both include multi-touch user interfaces that share cues from their desktop counterparts despite being fully designed for smaller multi-touch screens. Perhaps the most interesting feature in the upcoming operating system is the cross compatibility of apps between devices: indeed, Canonical intends tablet apps to run flawlessly on smartphones and vice-versa. As another bonus for cross-compatibility, since the underlying operating system in both the touch and desktop flavors of Ubuntu is the same, the system has the ability to “transform” into the full-fledged desktop operating system when a keyboard, mouse and monitor are plugged into the smartphone or tablet.

Ubuntu touch is expected to reach consumers in 2014. It is left to see whether the finished product will live up to the hype generated so far by the developer demos.