Uber Drivers Can Now Ask For Tips From Riders

If you’re a regular user of Uber, and enjoy the flexibility and convenience that it provides, then it’s probably about time you started giving your driver a tip to maintain your glowing Uber passenger reputation. As part of the recent astronomical $100 million settlement agreed to, officials at Uber have confirmed that its drivers will now be allowed to request monetary tips from passengers at the end of every ride, and since there’s no physical way in the app to reward your driver’s cheery attitude, nor does Uber plan on adding such an option, it’s looking likely that you’ll need to pay it forward with cold, hard cash.

There’s no official Uber rules of carriage being put in place that make tipping a mandatory experience. Meaning, that if you don’t enjoy the ride for a legitimate reason, you aren’t being forced to hand over additional payment. However like the service industry, if the experience is pleasurable and you have no reason to be disgruntled, then it could soon be the accepted practice to hand over additional payment to the driver. The ruling was limited to the United States, so it makes sense that this will only really be adopted in the U.S. in the first instance.

So, what if you think the carriage charge removed from your nominated debit or credit card at the end of a journey is enough, and that the driver doesn’t really deserve a tip? Well, that is of course the rider’s prerogative, but it could ultimately end up having a negative impact on your rider rating. In turn, this could seriously impact availability of rides, with drivers starting to refuse to take you on that journey as they know there’s no financial recompense coming at the end.

Interestingly, Uber is also allowing drivers to put up signs in the car including those that encourage tips, but here’s the flip side. If the rider feels disturbed by those signs, this could affect the driver’s rating, and even result in deactivation, thus making tipping a tricky issue for both parties, as Uber distances itself from this matter. 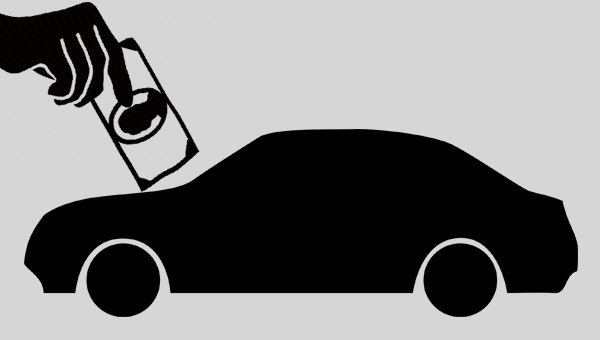 One of main reasons that Uber has been catapulted into the mainstream, and has proved so popular with certain demographics, is because of its ease of use and fact that payment is cashless and automatic with credit card on file in the app without having to deal with wallet, cash, ask for change, and tips. The necessity to carry cash to tip the driver – or face the wrath of the poor rating system –  kind of negates that simplicity and introduces a complexity that was never meant to be a part of the original Uber experience.