Not a lot of people may know this, but there are actually a large number of people who actually use the Twitter micro-blogging service purely to follow the activity of others, with no intention of ever sharing their own thoughts or knowledge with the world. Plenty of apps exists across multiple platforms which give access to Twitter, but they all require that the user must be a registered member of Twitter. The website is an alternative, where a user can simply punch in the desired @username and view their tweets, but this is done on a strictly individual basis and therefore isn’t very time effective.

The TwittStalk app for jailbroken iPhones and iPod touches seems to solve the problem that people may face when they want to stalk Twitter accounts, without having to actually be a member themselves. TwittStalk is more of a fully fledged app rather than a small iOS tweak, but for some reason the developer has seen fit to push it to the ModMyi repository through Cydia rather than submit to the the official App Store. The app requires no registration processes and simply allows the user to specify a number of Twitter account names to ‘follow’, pulling in all of their tweets into a familiar timeline type setup. 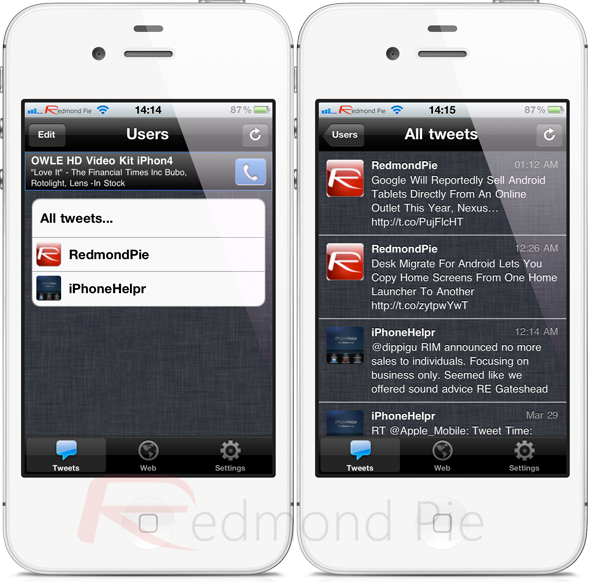 Scrolling through the timeline of tweets is very similar to using any other iOS based Twitter app, except in this instance, the stalked user doesn’t get any notification that they are being followed as the app pulls in the public data from Twitter itself and parses it into a readable format. TwittStalk is a relatively simple app, giving users the ability to add and delete accounts to follow, a minimal settings page that allows the database of tweets to be rebuilt and also an integrated web browser section that allows the tweet to be opened up just like on the Twitter website when selected. 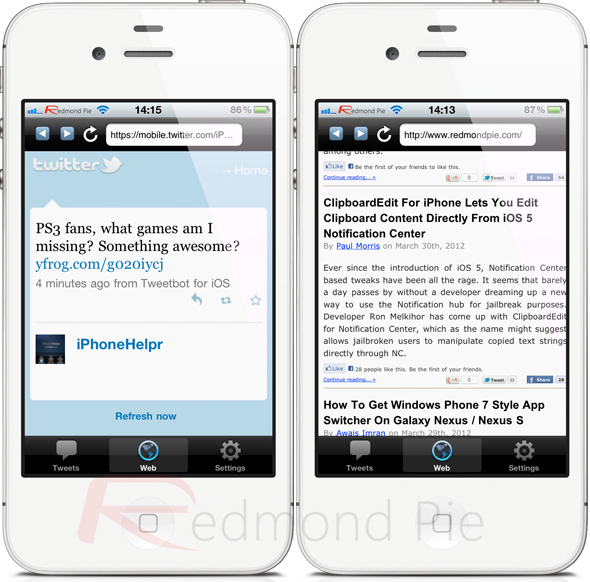 TwittStalk is a very clever and somewhat unique use of the Twitter API and could prove to be a very useful little piece of software for those who don’t want to register for a Twitter account, but do want to learn from a select set of users. The app could do with a little aesthetic polishing as the user interface is not exactly the most appealing one. But, all in all it serves its intended purpose extremely well. TwittStalk is available from the ModMyi repository as a free of charge download.