Twitter To Add Instagram-Esque Photo Filters To Its Mobile Apps

Those whom see the likes of Instagram as the debase of real photography, will be less than enthused to learn that Twitter is planning on integrating some kind of photo filtering system into its official mobile apps.

Burbn Inc.’s mobile app began life on the iPhone, but as popularity continued to grow, the company answered the cries of millions of Android users by bringing out a version for Google’s mobile OS. Fast forward a few months still, with Facebook coming in to purchase the app in a deal worth hundreds of millions of dollars, and you’ll understand why many photo-related apps have since sought to imitate or supplement the Instagram experience.

Twitter is, behind Facebook, the most popular social network on the planet, and while Zuck’s platform is perhaps more frequently utilized by those looking to share their lives in pictures, plenty of snaps are still pushed through Twitter on a daily basis. Having seen the success of Instagram, it’s not too surprising to see Twitter working for a slice of the pie, and although I can already feel the collective shriek of the naysayers and general haters of one-click image editing, you know it’ll be a success.

The inevitable backlash may have been made worse if tweeters actually used the official app to follow celebrities and share the occasional <140, but since the alternatives out there tend to be far better than the, with all due respect, relatively pants official app, you’ll probably be able to dodge the filtering implementation altogether. Sure, you’ll see the, ahem, cool effects implemented by the other hipsters, but hey, it’s not as though Instagrammers cannot already push images straight through the Twitters anyway. 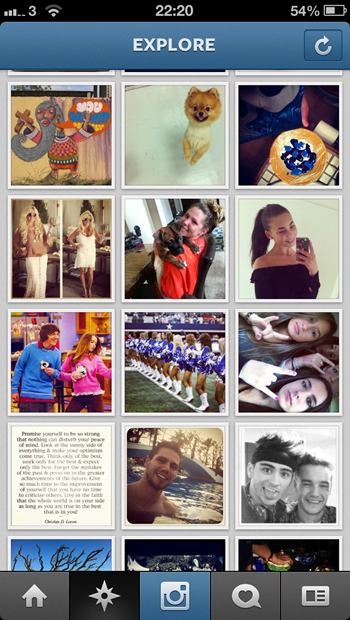 The new feature is expected to arrive on the Twitter mobile apps in the next few months, but if you don’t find the prospect of image filtering to be particularly riveting, perhaps you’ll be a little more cheerful with regards to some of the other mobile features Twitter is said to be cooking up. Among a few implementations in the pipeline, there may soon be support for direct video uploads to Twitter, which would lessen the need for folk to utilize services like YouTube.