We’ve finally gotten our hands on the new iPad mini from Apple, and our resident vlogger Steven Chi has complied a new video in which the new smaller tablet unboxed, and compared with several other key devices in the mobile game.

Even before the cellophane was torn from the typically-white Apple box of the iPad mini, it was evident from the packaging that the 7.9-inch tablet is quite a bit smaller than its 9.7-inch counterpart. The display size isn’t the only reason why the iPad dwarfs the iPad mini, though; the bezel is a lot thinner on the longer sides of the slate, akin to the iPod touch, and not only does this arguably look quite a bit better, but it keeps the device compact, allowing one to hold it without the need to use two hands. 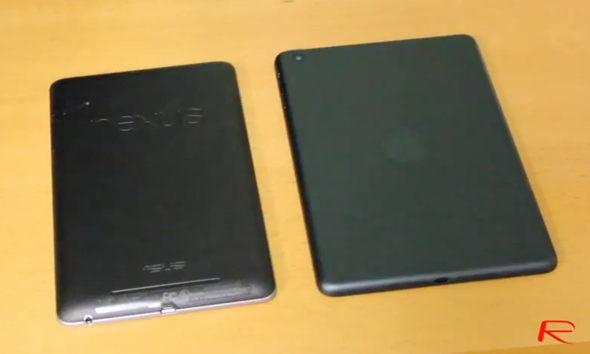 Compared against the Nexus 7, Apple’s new tablet is quite a bit thinner. If you already have the iPad mini or have been reading up on its specs, you’ll probably already know this, but side-by-side, Apple’s take on the smaller slab is noticeably svelte compared with its ASUS-manufactured rival. Of all the tablets on the market, the Nexus 7 on Android Jelly Bean is easily the Cupertino’s biggest competitor, and although Apple will have made the minds up of many by pricing the iPad mini considerably higher, it will nonetheless be intriguing to see which one is favored by consumers.

For the heck of it, we also measured the iPad mini up against the iPhone, and rather impressively, Apple’s newest iPad is about as thin as its flagship smartphone. The resolution is identical to that of the iPad 2, but with a smaller display, things appear a lot sharper than they do on the second-gen device. The blogosphere has been slating the resolution of the iPad mini, and whilst it’s disappointingly below the Retina par many of us are accustomed to, it’s certainly not as bad as some have claimed. The 163 ppi resolution is certainly no match for the iPhone 5 (320 ppi) or iPad 4 (264 ppi), but it does the job.

What do you think of the new iPad mini? Please share your thoughts via the usual channels below!