Twitter has today lifted the lid on a significant update to both its iOS and Android application. Today’s major release sees a plethora of changes that make the app look and feel entirely refreshed.

The largest and most notable change improvement is the introduction of images with the Direct Messages (also known as DM) section of the app. Users with a mutual following status have always been able to count on the DM system for private messaging, but have never been able to share images with one another. The introduction of private photo sharing sees the Direct Messaging system fall in line with how standard public tweets work. 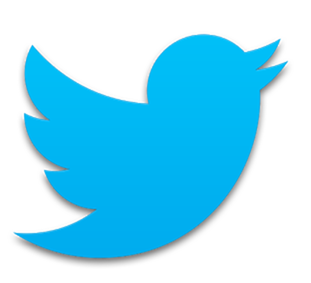 Twitter has also taken the opportunity to make staying informed a lot easier for users of the official app. The new notifications from your network feature lets you view replies, retweets, and favorites from the people you choose to follow. 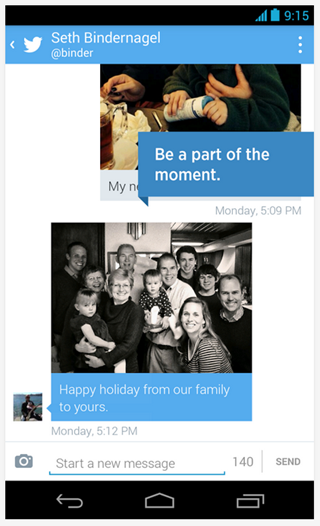 We’ve already seen third-party Twitter clients like Tweetbot 3 for iOS introducing enhanced search functionality, and now its the turn of the official app. Search results now allow quick access to the tweets of people near the current location of the device as well as people that the user follows. 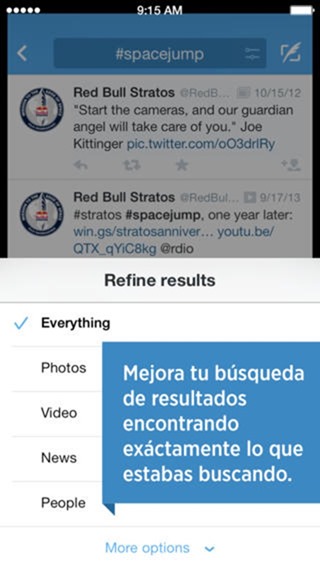 It’s extremely common for social media streams like Twitter and Facebook timelines to get crowded with information to the point that we lost track. Twitter has recognized this and implemented the ability for users to save content to read at a later time through the Safari Reading List on iOS. In an effort to make the app a little more user-friendly it has undergone a few aesthetic and interaction changes. Everything looks a lot fresher with Direct Messages easier to access and Home, Activity and Discover now accessible from the timeline with simple swipes. 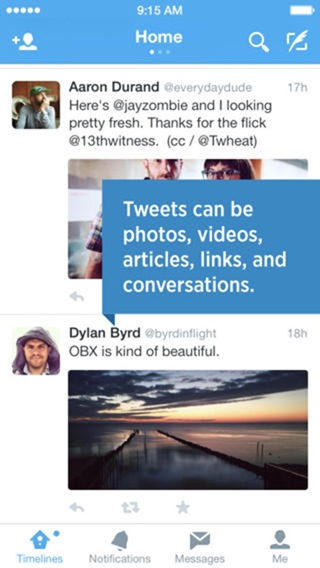