After a period of long wait, which almost feels like forever, Tweetbot 3 for iPhone has been finally released on the App Store, and as promised by its dev a while back, has been redesigned from the ground up to cater to the look and feel of iOS 7. More details and as well as direct App Store link can be found right here.

The new Tweetbot 3 update for iPhone gives up its former look which we’ve become accustomed to up till Tweetbot 2.x, and embraces the new, flat interface of iOS 7. And while the app has gotten a new lick of paint, the change log for the app on the App Store also reveals that the app is now much more snappier than ever before, which offers the user the Twitter experience the way it should be. We have our eyes on you, Twitter for iOS! 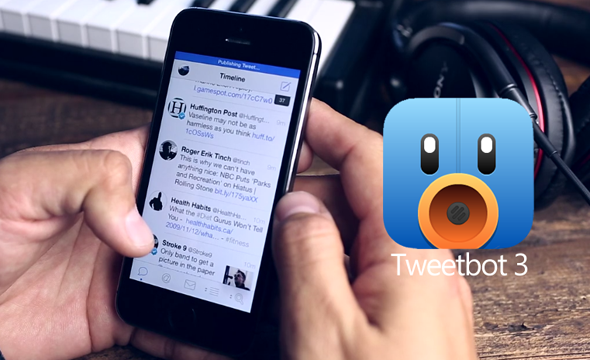 Despite the newer look, pretty much every feature we’ve come to love about Tweetbot has been retained in this update. Native push notifications, mute filters, customizable tabs, timeline sync and more, are all there.

For users who don’t quite fancy what the official Twitter for iPhone app has to offer, Tweetbot 3 offers third-party services such as Pocket, Instapaper, Readability, Droplr etc. allowing a large number of people to consume content in a more cleaner manner. And to top things off, Tweetbot 3 also supports Safari’s Reading List, which is a big win for users. 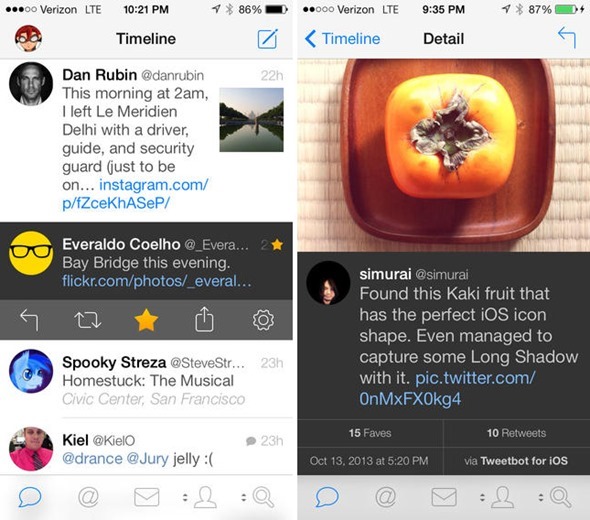 Tweetbot 3 also supports iOS 7’s native background app refresh feature, hence you can rest assured that new tweets and content will be waiting for you as soon as you launch the app. But keep in mind though, and we’ve mentioned this a lot of times, iOS 7’s background app refresh is a real battery hog, therefore choose wisely: up to date on Twitter, or battery life?

But wait, there’s more, Tweetbot 3 fully supports Apple’s latest A7 chip, which means that the app is 64-bit ready and will run like a charm on Apple’s latest flagship handset, the iPhone 5s. 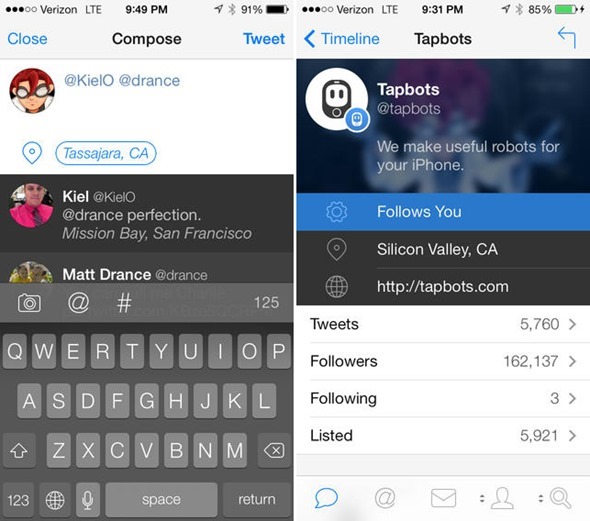 Features aside, Tweetbot 3 for iPhone comes with a small catch, which might put some users off. And if you’re on the same page as us, then you’ve already guessed what it is. Yes, the new app comes with a price tag, it does not carry the older version forward as an update. It is an entirely separate download on the App Store, and you will have to pony up $2.99 to grab the new and shiny app.

If you’re a loyal Tweetbot user, then we highly recommend giving the app a shot.