Twitter may not be the biggest social network thanks to the medium of Facebook, but for passing on quick thoughts and musings, it’s certainly the most convenient. Keeping things under 140 characters, The Twitters has become famous for its here-and-now approach to social media, and while smartphones make it even easier to send out a tweet at the drop of a hat, a new and updated version of the TwitkaFly tweak, which is TwitkaFly for iOS 7 aims to enhance things even further. Compatible with both the official Twitter app and the popular Tweetbot, TwitkaFly is a nifty quick-compose utility that can be thrown up anywhere on a device through a predetermined activation method, and with a bunch of different themes, fits nicely in with whatever aesthetic you’re trying to achieve.

As a long-time user of BiteSMS on my jailbroken iOS devices, I have come to rely upon features like quick-compose, which, in itself, markedly enhances the functionality of the Messages app while saving a great deal of time in the process. Similarly, when firing up Twitter or Tweetbot, we’re often doing so only to type out a quick few words before hitting ‘send’, and with a tweak like TwitkaFly on standby, we needn’t be wasting time by loading up the app every single time we wish to do so. 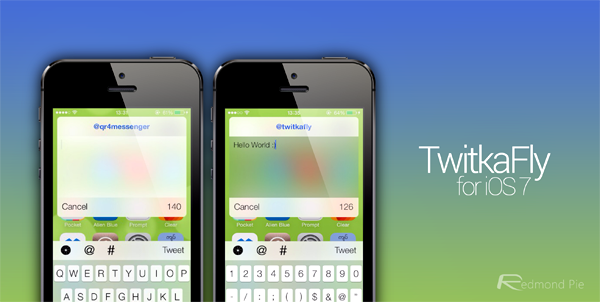 Effortlessly convenient, TwitkaFly can be accessed from within any app, but the real clincher is the fact that you can apply any Activator gesture to bring about TwitkaFly’s quick-compose interface. So if, say, you’re busily playing Fruit Ninja and wish to wade into the debate about something you’ve caught on the news, you don’t have to quit annihilating fruit in order to do so. Simply follow the Activation method you selected in the tweak’s settings pane, and when the screen pops up, type your notations, hit ‘Tweet,’ and continue about your business. 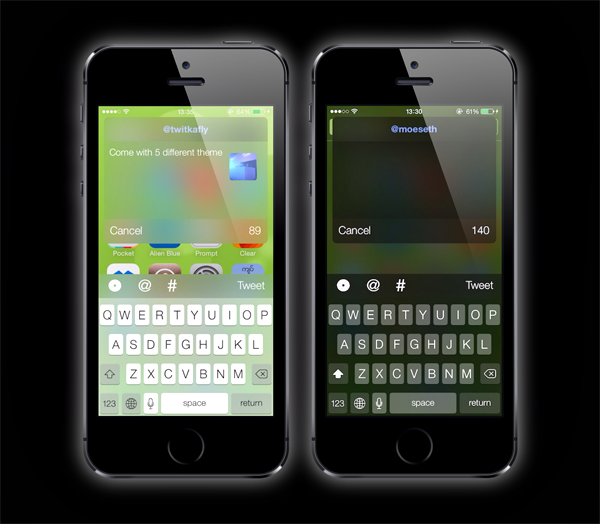 The tweak, which also packs an appealing set of neutral themes, costs $3.99 over at the BigBoss repo, although it does offer a free trial through which you can test it out before parting with your hard-earned wad. 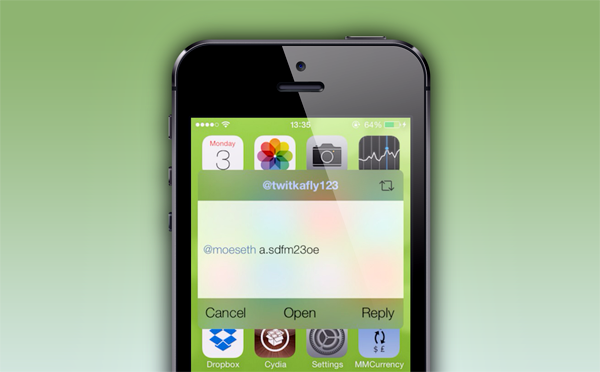 If you’re a frequent Twitter user, and just so happen to own an iPhone, then be sure to give TwitkaFly for iOS 7 a try. There’s also a version on the same repo for iOS 6, although it should be noted that neither is compatible with the iPad.