TweetDeck For Mac, Windows And Chrome Receives Massive Update, Comes In Par With The Official Twitter For Mac Client

TweetDeck, which initially plied its trade as a cross-platform Twitter app running on Adobe AIR, has grown in popularity since freeing itself from Adobe’s debated platform, and today, the application for OS X, Windows, and Google’s Chrome browser has received a very significant update.

The host of new and updated features bring it a little more on par with official Twitter client – improving functionality, as well as plugging a few gaps prevalent in the previous version.

The update, which is supplemented by a video outlining the key improvements, brings list management, which allows users create, edit/add to and delete lists from within the app. The list management tool-set is prevalent in every user’s Twitter profile, meaning it’s pretty easy to add users to lists straight from the drop-down. Check out the video below for a full overview:

Recent updates to Twitter clients mobile OSes have brought forth ‘interaction’ sections, which detail how you interact with your Twitter followers, and similarly, how they interact with you. With the introduction of a new ‘Interactions’ section, TweetDeck does much the same, making it easy for you to keep better track of your correspondence with others on The Twitters.

The UI has been re-jigged, and is altogether much smoother and easier on the eye. There are in-line image previews, which let you to see a thumbnail of an image from your Twitter stream. Comparably maybe to Facebook, once you click the thumb, a pop-up appears, from which you can see the photos or videos on a larger plain. 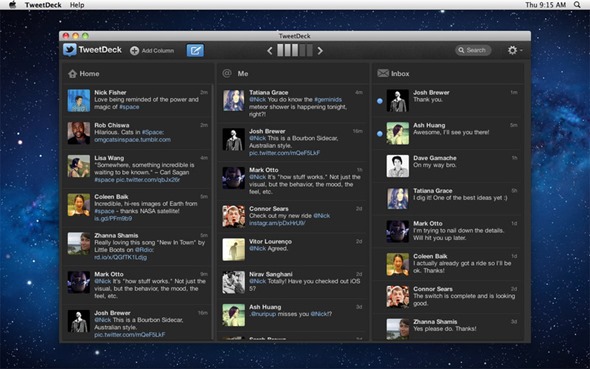 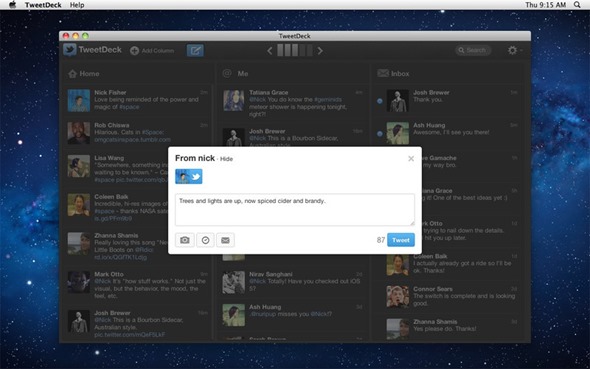 TweetDeck also handles retweets slightly differently, reintroducing the previous RT @username function while getting rid of the ‘quote’ RT and replacing it with an ‘Edit and RT’. Although only a minor change, it does let you add your own personal touch to the tweet before sending.

To update in Windows or Chrome, simply restart TweetDeck. The Mac version is obtainable via Mac App Store, and linked to at the bottom of the post, along with the web version.

All versions are free of charge, and certainly enhance the Twitter experience a great deal.