Even though the iPhone 4S only arrived some five months ago, the talk of its successor has been as rampant as if it were releasing at the end of the week.

Until we actually see the next device – which probably won’t be before launch – we rely on the talents of designers and concept-dreamers such Antonio De Rosa to depict some of the rumored features for us.

De Rosa regularly treats us to his most recent creations, and today, he presents the next iPhone. Little is known of the unannounced device, which earlier today was all-but confirmed to be 4G-compliant, but that doesn’t stop him from dreaming. It goes against the grain of the direction one might expect Apple to go, and does bear much resemblance to an Android: 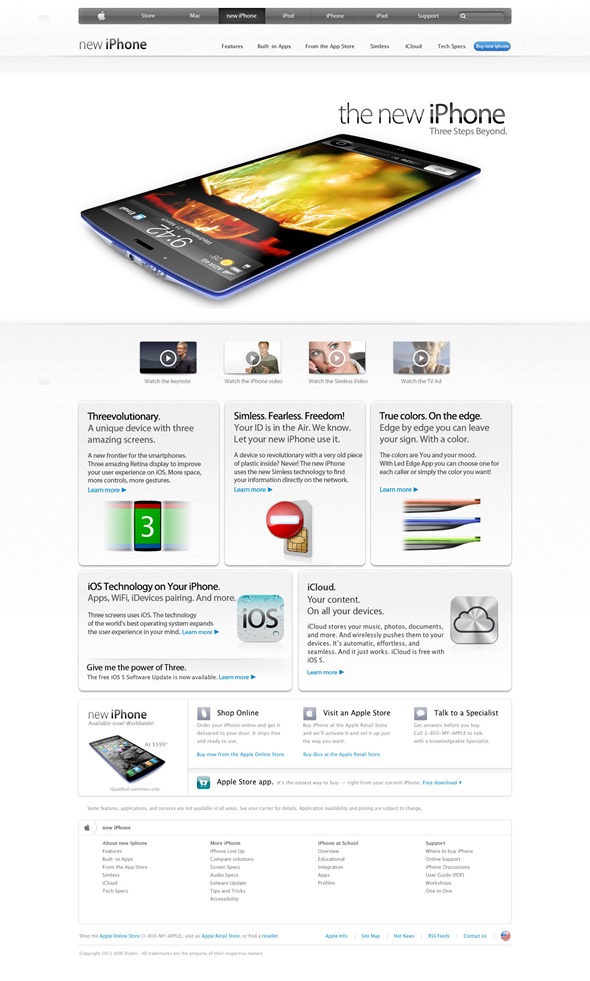 The device doesn’t use the traditional SIM card from the mobile carrier, since all that information is downloaded and stored directly from the mobile network. In-keeping with today’s findings, it’s 4G LTE compatible, which, like the Retina display of the new iPad before it, is currently the most certain new feature of the Cupertino company’s new smartphone.

All the controls such as volume and silent switch are now at the top of the device, enabling both edges to be thinner than ever before. This also means, however, that the depth is quite varied – noticeably thicker down the middle of the vertices to accommodate the hardware.

Intriguingly (and, rather puzzlingly), the device sports three separate screens (all Retina, of course). There’s the main screen in the middle, and two narrow, rectangular strips at the top and the bottom. The top one is for notifications and network information, the bottom for multitasking and dock, while the middle is the main "desktop". To be honest, although the device looks rather nice, separating the screens seems neither innovative nor worthwhile. 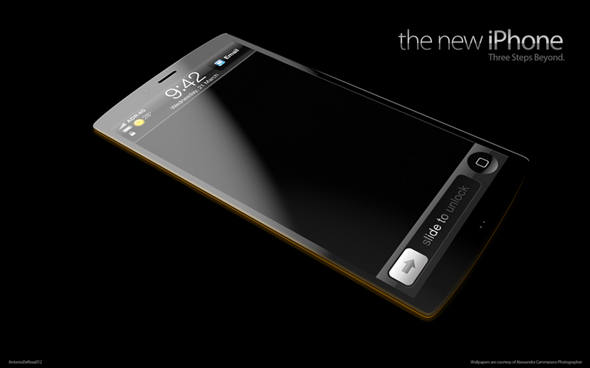 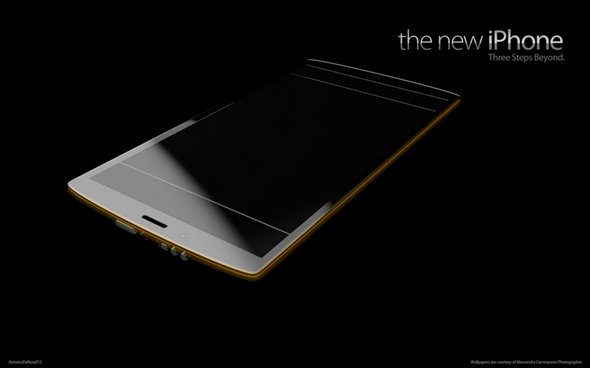 The Home button is integrated into the bottom strip, sitting in the middle of what would be the dock. Although there have been suggestions of a touch gesture based home button, it wouldn’t seem feasible to place it on the screen.

In addition, there’s an "LED-powered edge", which can be used to indicate battery life or – if preferred – indicate an incoming caller / group. It comes with a dedicated app allowing you to change the colors accordingly. 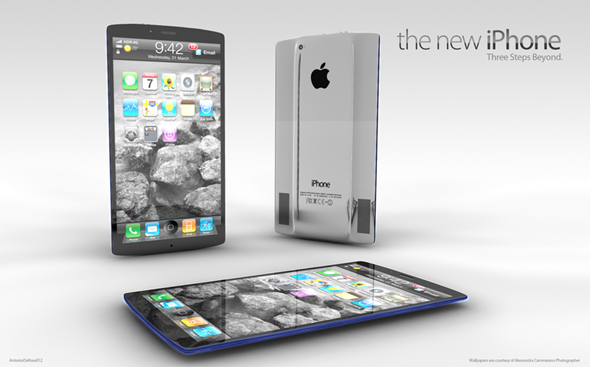 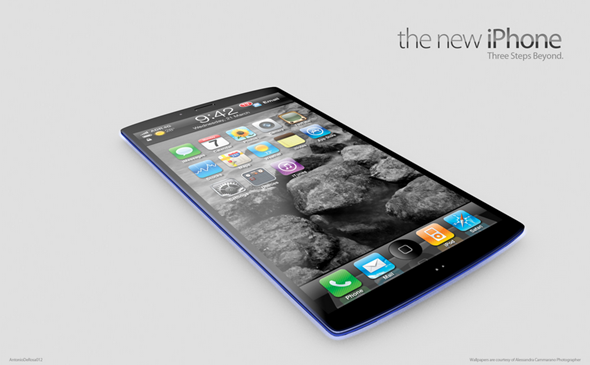 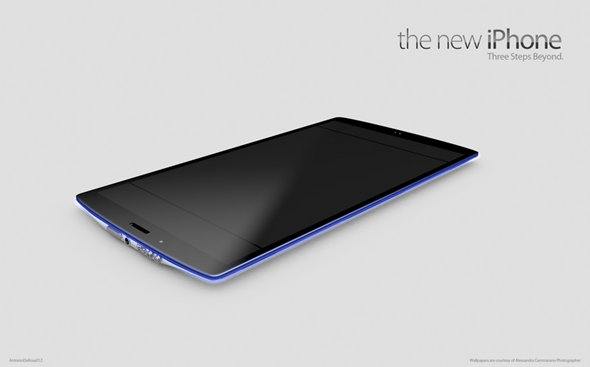 Obviously, there’s Siri, gyroscope on 4 axis, motion sensor, and all the other features currently enjoyed on the iPhone 4S.

What do you guys think – would you be thrilled, disappointed, or indifferent if Apple were to announce this device?

Leave your thoughts – as ever – via the usual mediums below.