One of the App Store’s most popular Twitter app has received a significant update. Tapbots has just pushed an update for its Tweetbot Twitter client to the App Store, bringing with it a number of important bug fixes and improvements, as well as support for Apple’s most “personal product yet”, the Apple Watch. The release takes Tweetbot to version 4.1 and signifies the company’s continued commitment to offering the best Twitter experience on Apple’s iPhone and iPad hardware.

The most notable addition within the latest version of Tweetbot is, of course, the newly introduced support for the Apple Watch. Those who are fortunate enough to enjoy the functionality that the Apple Watch brings will be able to view their Twitter ‘Activity’ feed directly on the device’s small screen. This Activity integration will allow the user to view mentions from other users, tweets that have been been favourited – or liked as Twitter now prefers to call it – as well as new followers. 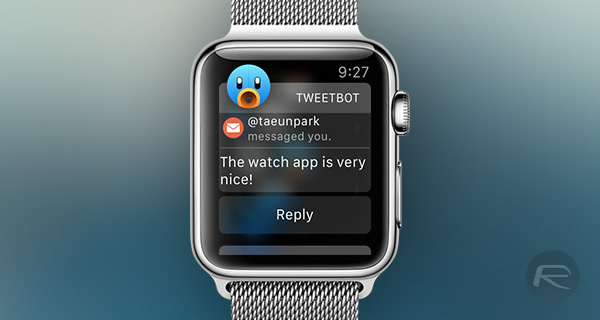 The Apple Watch support for Tweetbot 4 also allows users to favourite, or like, specific tweets, reply instantly to received Direct Messages, and send a new tweet using the built-in voice dictation functionality that ships with the Apple Watch. In addition to the support for Apple’s stylish wrist wear, Tapbots has also bundled in the obligatory bug fixes and performance enhancements to the iOS version that should ensure every iPhone, iPad, iPod touch and now Apple Watch user receives an improved user-experience, no matter what device they are using Tweetbot 4 on. 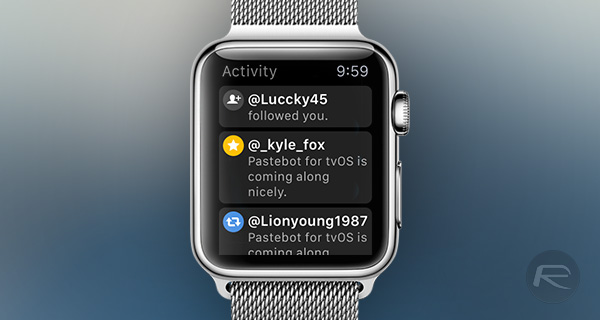 A rather annoying bug in the iOS app version that would sometimes cause a timeline to jump to the top of the feed on launch for some users has “hopefully” been eradicated. Tapbots have also shown some love to the integrated browser that ships with the iOS app. The first update to Tweetbot 4 that followed its initial launch last month brought with it the ability to swipe to go back to the main app from within the integrated Safari View Controller. This latest update, once again, “hopefully” fixes a bug that intermittently caused the browser to ignore that swipe gesture. Putting the “hopefully” aside, there’s also a bunch of other bugs that have been fixed.

The full change log that accompanies this latest update is as follows:

This latest version is available to download on the App Store right now.