Tweetbot 4 For iPhone And iPad Released, Here Are The Details

Tapbots have just flipped the switch to make Tweetbot 4 available to download for iOS. The new version of Tweetbot is a universal app, which means it will work with both iPhone and iPad with a single purchase.

Tweetbot 4 for Twitter represents a major overhaul of the existing version 3 of Tweetbot app that’s proven extremely popular since it was launched two years ago to coincide with the release of the flatter user interface of iOS 7. 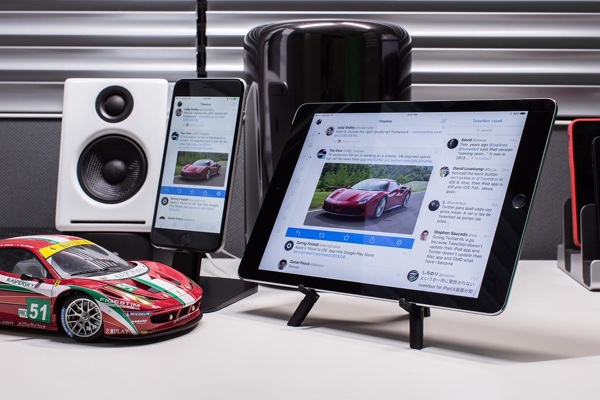 The latest iteration not only finally supports the iPad, but it also introduces a range of powerful features for those who want to use the client on one of Apple’s tablets. One of the biggest inclusions, and one that will appeal hugely to those looking to purchase an iPad Pro when it drops, is the inclusion of iOS 9’s Split View multi-tasking support. 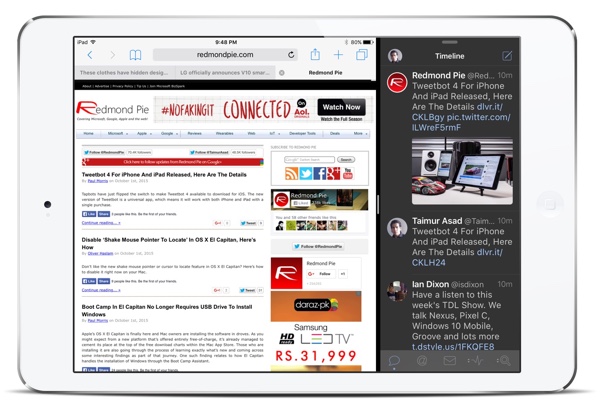 There’s also the fact that the app now supports landscape and portrait orientations on iPhone and iPad, as well as introducing a new Column View when in landscape mode on the iPad and iPhone 6/6s Plus. Tapbots have also made the decision for users to actually require iOS 9 to be able to install the app, which gives the company the ability to introduce a range of features that were made available as part of the iOS 9 SDK. Quick Reply from Tweetbot banner notifications is one of those aforementioned features, meaning that Tweetbot will join the likes of the official Twitter and Facebook Messenger apps in offering that functionality.

In addition to everything already mentioned, there’s also a new Statistics and Activity View that counts and displays the number of favorites, tweets, mentions, quoted retweets and follows that an individual user has received on any given day. Add those new additions to improved user profiles, a refreshed user interface, and the introduction of Safari View Controller and you’ve got yet another extremely polished and professional app from Tapbots. 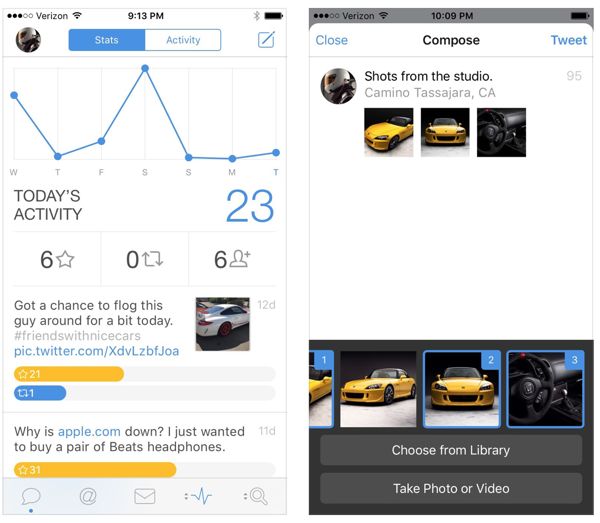 There’s undoubtedly going to be a section of the Twitter community who love Tweetbot but will feel a little aggrieved having to pay yet again for another major version. With that said, when you consider the improvements made, and the fact that it supports a large number of the feature additions in iOS 9, a $4.99 outlay doesn’t seem like too much to part with. 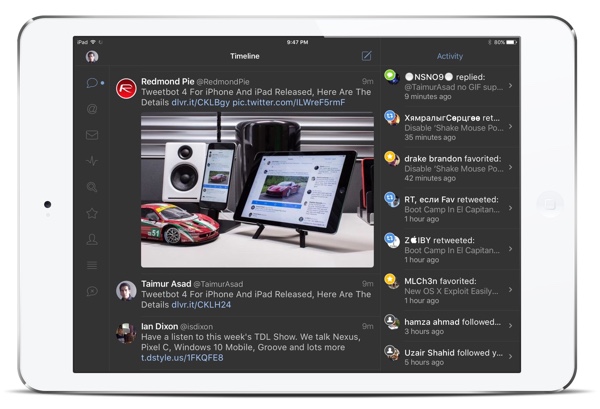 Tweetbot 4 is available to download with a special 50% launch discount for $4.99, after which it will go back to its full price of $9.99.

Grab it now while it has 50% off. Now, when is that 3D Touch update coming?

(Download Tweetbot 4 for iPhone and iPad from App Store)