As soon as the Apple Watch was announced last September, everyone started trying to guess which one they were going to order. We say guess, because until prices were announced, there was little to go on when making an informed buying decision. Now that we know exactlty what every watch and every band will cost when they go up for pre-order on April 10th, the decision of which to buy comes down to color and material preference.

While Apple will be letting people go into a store and try an Apple Watch on for size during the pre-order phase, those wishing to order online may not have that luxury. So how do you choose between, say, the white sport band and the black one?

You use the magic of augmented reality. 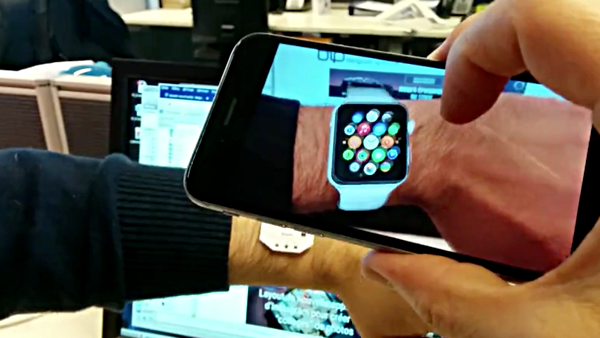 The steps are as simple as they could be so long as you have access to a printer. If you do, or at least know someone who’s willing to let you step back into the 1990s and use theirs, all you have to do is print a little PDF (located here) of what is effectively a watch face. Use your iPhone to scan the included QR code with one of the hundreds of scanning apps that you’ll find on the App Store, and you will find yourself downloading an app called ARWatch. It’s not on the App Store no, but we have not heard any reports of there being anything untoward about it. Still, use this at your own risk. 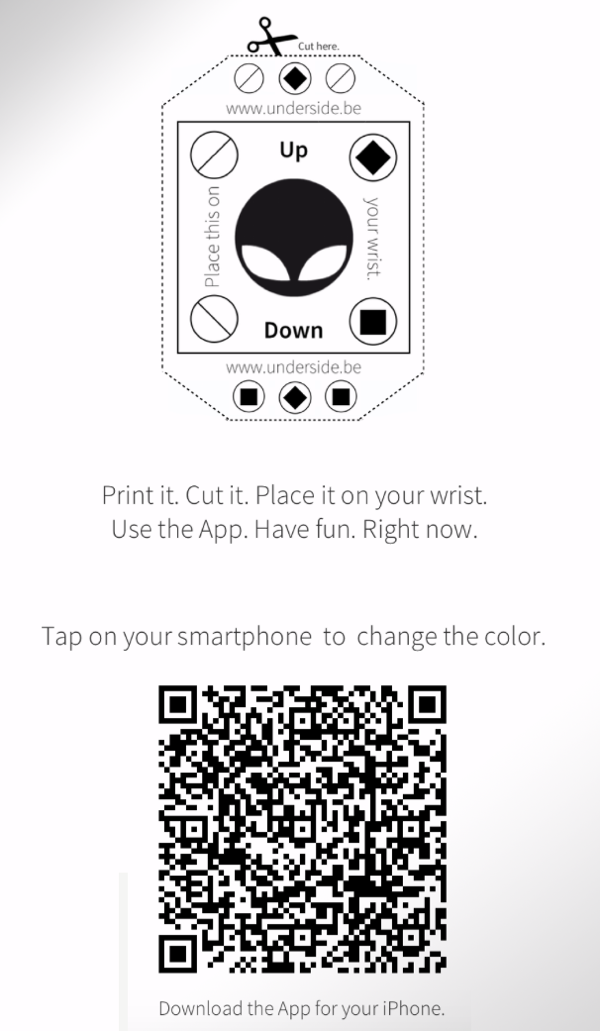 The ARWatch app is what handles all the augmented reality stuff, and once you point it at the peice of paper you printed you should, as if by magic, see an Apple Watch on-screen. Put that piece of paper on your wrist and that’s it, you have your very own Apple Watch. Well, kind of.

Tapping the iPhone screen will change watch bands, though you’ll be stuck with the Sport model of Apple Watch. It’s better than nothing though!