Transform Your iPhone Alarm Into A Fun RPG Game With This App, Download Now

If you’re a fan of RPGs and waking up on time, then have we got an app for you! A new alarm app doubles up a passive RPG, featuring a pixel art robot that sleeps when you do, wakes when you do, and lives a parallel life venturing through fields, valleys and peninsulas while you work your comparatively normal job.

The app / game is called Dreeps, although it’s not a game in the traditional sense. Regrettably, there’s no actual gaming involved – you set an alarm and rise to a viewable RPG adventure – and while it’s clear that much effort has been put into refining what is an endearing spectacle, a mini-game here or there would have been nice. 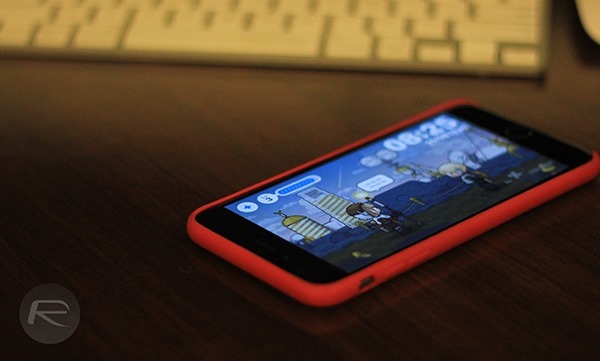 When your alarm goes off, your little robotic guy wakes up as well, and will be busily proceeding through his own daily grind in the background. You do need to keep the app running the whole time, which will inevitably use some additional battery, but as I think you’ll agree if you try Dreeps for yourself, it adds an interesting dynamic to the day-to-day. 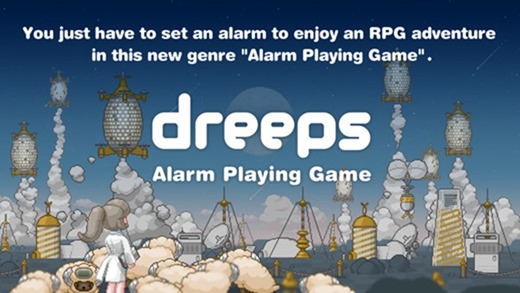 If you’re bored or stressed out, you can check how your character is getting on in Digital Land, and after a long day, he, like you, will need a rest when his HP runs out. 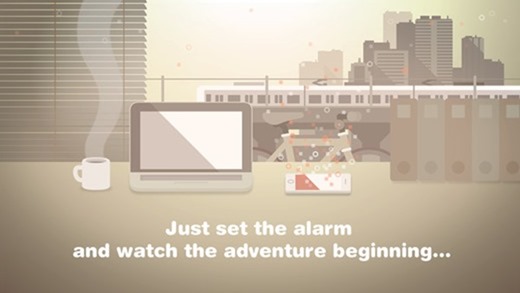 While Dreeps is fun, it is hindered by many of the same issues that afflict all third-party iOS alarm clock apps. See, because it’s currently impossible for developers to properly integrate alarm apps with the OS, a user has to make sure that said app is running in the background before, say, going off to sleep, and Dreeps is no exception. Even then, alarms can be hit-and-miss, and it’s for this reason that many tend to stick with the stock offering rather than risk being late for work / school etc. 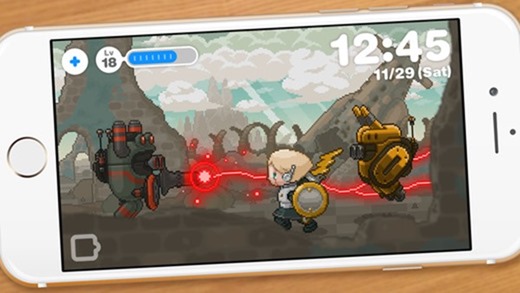 Notwithstanding these reservations, the developer has found a cool way to add an element of fun to what is otherwise a ritualistic feature of most of our lives, and for $2.99 over at the App Store, is definitely worth picking up.