One of the most attractive features of Google’s Android OS is just how customizable it is. Enthusiasts can personalize every nook and cranny of their device so that no two Android devices look exactly the same. Thanks to its relative “openness”, you can make your Android phone look like a Windows Phone 7 device, a Symbian OS-powered device and, of course, an iPhone. 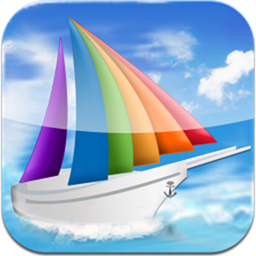 Developed by Espier Studio, Espier Launcher is a near-perfect carbon-copy of the iOS Springboard. It isn’t just another half-hearted copy either, as Espier Launcher goes all out in imitating some of the best features of iOS: it allows you to uninstall apps in one click after entering “jiggly mode” (hold down any icon for a few seconds to enter it), make folders, set password for specified apps, arrange icons by system priority / frequency of use and support for backing up launcher configuration.

Espier launcher is a mobile phone/tablet desktop software based on Android 2.2 or above version.

We’ve tested the launcher on our Samsung Galaxy S II unit and can confirm that it works as advertised. I personally did not like the launcher because, well, if I wanted to have an iOS-like look on my smartphone, I’d get an iPhone instead. This is, however, a matter of personal preference. The launcher is quite powerful and we actually recommend you check it out just for testing the nifty features we mentioned before the quote. 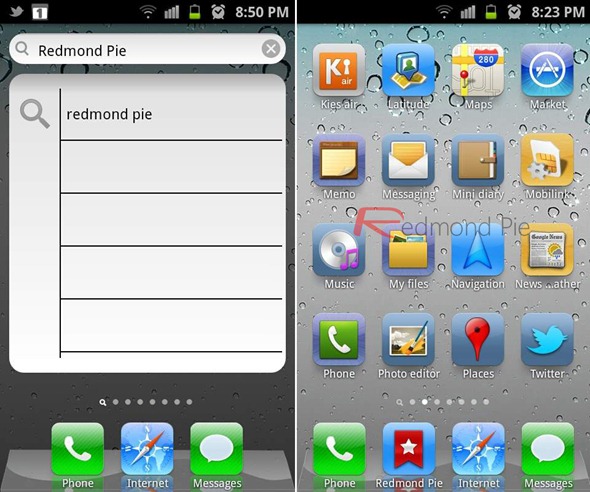 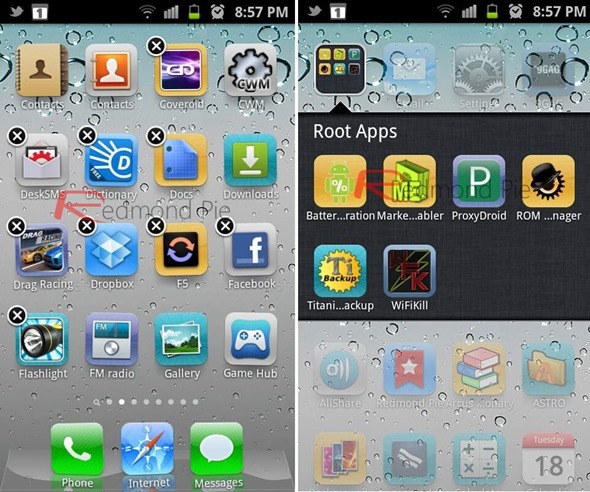 If you’re interested in giving your Android smartphone an iOS-like look, be our guest: the app can be downloaded for free from the link embedded below. Espier Launcher supports Android devices on 2.1 Éclair or later.

Alternatively, you might want to try out the MIUI-style Launcher we talked about back in August. Alternatively still, if you’ve got a rooted and supported Android smartphone, we’d actually recommend checking out the MIUI custom ROM.