With the Dashboard X tweak hitting Cydia recently, and looking forward to become one of the most popular packages we have seen for quite a while, the question which is surely going to be asked is  – what widgets are currently available for Dashboard X? There are very few, in fact only two, I believe, at the time of writing, widgets that were actually created specifically for Dashboard X. But luckily for us all, the majority of Notification Center widgets work flawlessly with Dashboard X.

Every user will obviously want different things from their device, and will certainly have their own vision of how to effectively use their home screen space considering now that it can house widgets. With that said, I have listed seven of the best widgets for Dashboard X which I find extremely useful. 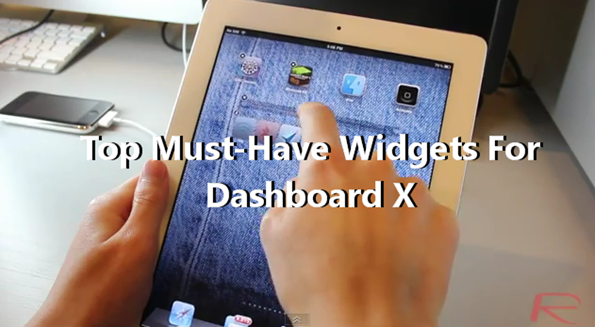 NCSettings is one of the most accomplished and highly polished widget that has been made available for Notification Center. The package is essentially the one that allows a number of different system settings to be toggled on or off, or tweaked to quickly suit users tastes. The NCSettings widget comes with its own preferences bundle with the Settings app that allows individual entries be edited to display them in the order of prominence, or most useful to the user.

When installed and used through Dashboard X, users will have the option of gaining quick access to things like Wi-Fi, 3G data, Bluetooth, a flashlight, orientation lock, airplane mode device volume, amongst numerous others. NCSettings is available as a free of charge download from the ModMyi repository. 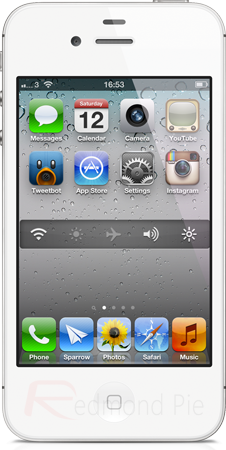 Dashboard X wouldn’t be complete without the obligatory Twitter based widget that allows users to quickly send out tweets directly from their Springboard pages. The Dashtweet widget is built around the native iOS 5 Twitter framework that Apple added in October, meaning that it provides users with the benefits of being deeply integrated into the OS. The widget obviously offers the ability to post a quick tweet, but there is actually quite a more to it when you dig below the surface. 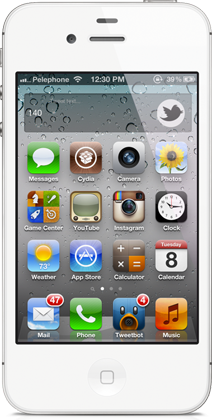 Dashtweet removes the need for users to give access to a Twitter account as it takes the information directly from the Twitter accounts that are specified through the native Settings application. The user interface features a character count section as well as settings to be able to change the text color of the tweet to suit any potential theme that may be running on the phone. Finally, the widget offers integration with the Pastie service to allow tweets longer than Twitter’s standard 140 characters. The Dashtweet widget is available as free of charge download from the BigBoss repository.

WeeKillBackground Pro allows users to access the multitasking aspect of the device and quickly terminate all currently running applications with a simple tap of one button. For one reason or another, Apple decided to only allow users to natively remove apps from the background by manually putting the icons into edit mode and then deleting them one by one. One of the main benefits of this type of device house-keeping is freeing up RAM for better performance. 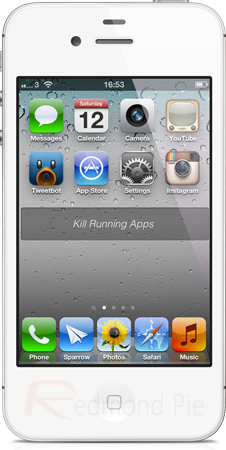 When installed, WeeKillBackground Pro comes with a number of configurable options that allow users to change the look and feel of the button that appears on the widget, as well as the behavior of the tweak itself. WeeKillBackground Pro is available as a commercial tweak from the BigBoss repository.

The calendar function of any mobile device is by far one of the most useful and most used but sometimes having to go through the native calendar application is just time consuming. The Calendar widget is an attractive, simple and engaging option for those who want quick access to their schedule through Notification Center or Dashboard X.

The widget has no actual configurable options, but fits in very nicely with the good looks of the iOS interface. After installation, it displays a month view with the option to swipe left and right through the next and previous months. Calendar for Notification Center is available as a free of charge download from the BigBoss repository 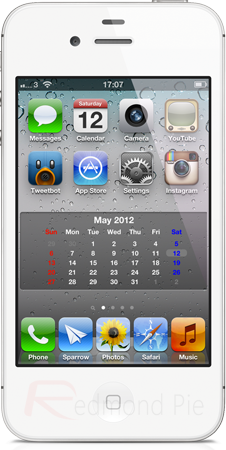 SlyCam, originally developed for use within Notification Center, is a very useful but somewhat unique piece of work. SlyCam essentially provides users with the ability to take photographs in a covert fashion. I am pretty sure we have all been in a position where we wanted to take a sneaky picture without making it too obvious and SlyCam helps users achieve that. 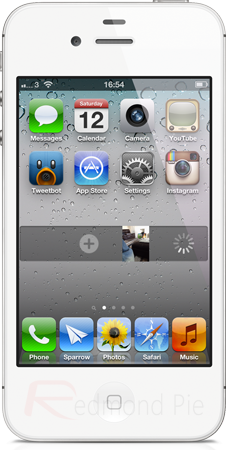 When activated, a simple ‘+’ button activates the camera with a live view finder actually appearing within the widget interface itself. Tapping the ‘+’ button for a second time snaps the photograph and saves the image directly to the device camera roll. SlyCam is available as a free of charge download from the BigBoss repository.

Google, YouTube, Wikipedia – when searching for information, the number of available resources can be quite overwhelming. The WeeSearch widget offers a quick and simple search solution, making use of a segmented control to allow users to specify a particular site to search. 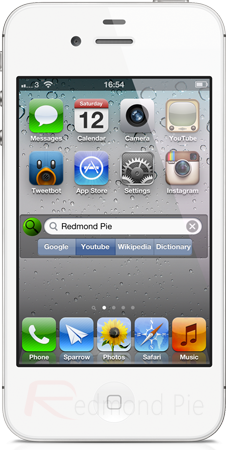 After tapping’ Search’, the specified criteria is opened up within Mobile Browser with the returned results. The purpose of this particular tweak is to be able to quickly search the world wide web while saving space and time. The WeeSearch widget is available as a free of charge download from the BigBoss repository.

We all lead extremely busy lives and therefore need to keep on track of the time to make sure we don’t miss any important appointments, or the latest episode of our favorite TV show. In those instances where the tiny 20-pixel clock on the status bar just won’t do, the Clock Widget for Dashboard X should satisfy those time-telling needs. The tweak is very simple and comes from the developer of Dashboard X himself to accompany his popular new Springboard tweak.

When activated, the Clock Widget displays a very nice looking digital clock on the Springboard, featuring the hours and minutes only. Aesthetically, the clock looks like it borrows some of its attractive visuals from those that are currently found on Android smartphones, but with them being so popular and attractive that can’t be a bad thing. The Dashboard X clock widget is available as free of charge download from the ModMyi repository and obviously depends on Dashboard X being installed. 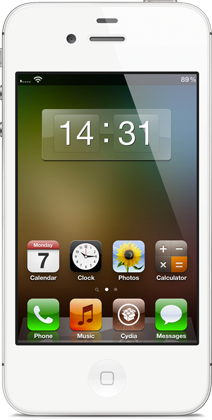 In case you haven’t seen how Dashboard X really works on iPhone, iPad and iPod touch, you can watch our video demo from last week again:

So there you have it, a number of handy and useful widgets that are compatible with the new Dashboard X package. Obviously Dashboard X is pre-requisite and need to be owned. What are your favorite widgets and alternatives? Head on over to the Facebook or Google+ pages for discussion.