Apple’s new iOS 8 software had reached 47 percent of users the last we heard, and although the major issues with the subsequent iOS 8.0.1 left many users panicking at the prospect of updating, those troubles seem to have faded with the roll-out of iOS 8.0.2 shortly after. We’ve already run through many of the new software’s features, from the more obvious to the slightly obscure, and in this round up of iOS 8-related tips, we’re going to show you how you can conserve battery. 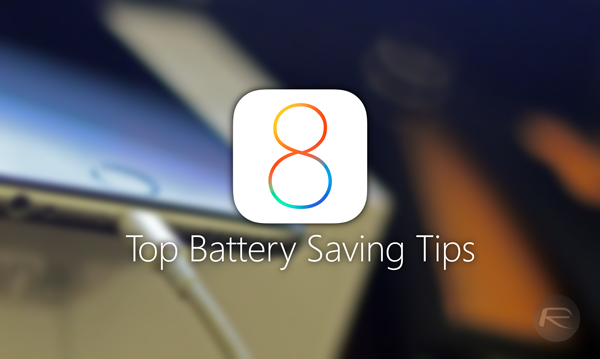 1. Turn Wi-Fi Auto-Search To Off 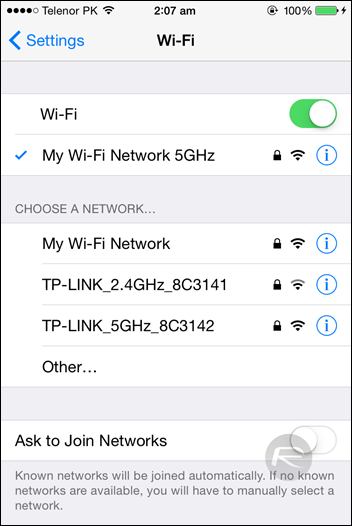 As something of an extension to the first tip, you can also prevent your device from searching for networks all the time, which is not only unnecessary – you can toggle it on via the Control Center when you do wish to connect to a hotspot – but also a strain on the battery.

Go to Settings > Wi-Fi > Ask to Join Networks and toggle to OFF.

2. See Which Apps Are Using The Most Battery 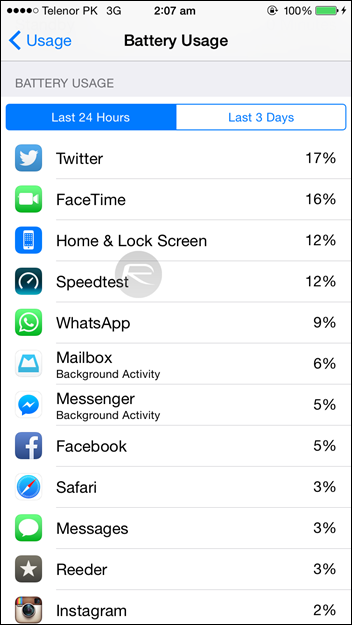 In iOS 8, Apple has made it possible for users to check battery use on an app-by-app basis. Thus, by navigating through Settings > General > Usage > Battery Usage, you can quickly determine which apps are using your battery up the most, and either use them less, or even delete them altogether. 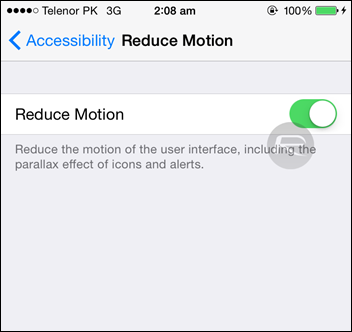 The Parallax feature first rolled out with iOS 7, and as well as proving a bit of a headache in the literal sense for some users initially, also warrants additional battery. To disable it, go Settings > General > Accessibility > Reduce Motion, and toggle to ON. 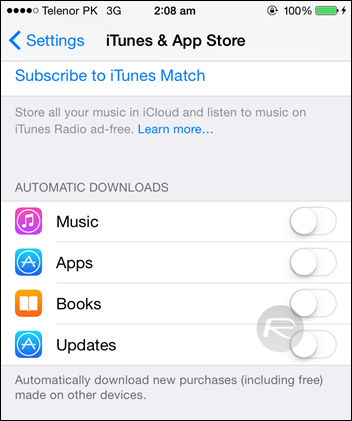 Apps automatically updating to the latest version is seamless and all, but if you’re out and about and worried about keeping your device alive, having the latest version of Facebook installed becomes somewhat less important. To save battery, go to Settings > iTunes & App Store, and at the bottom, simply toggle Updates to OFF under Automatic Downloads. 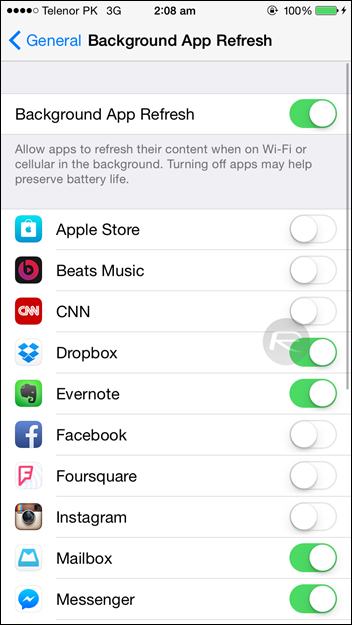 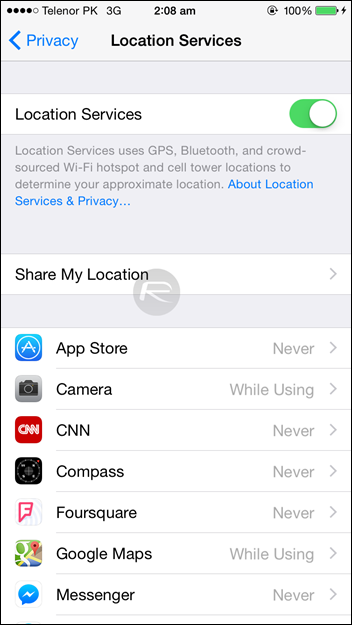 Many apps unjustifiably ask to see your location, which is not only quite invasive, but when an app uses location services, it also dips into your battery life. 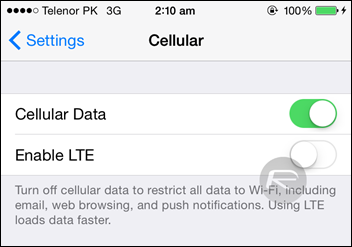 It may be lightning quick, but 4G LTE is a battery hog, and if it’s not especially critical that you’re running a super-snappy connection, consider disabling 4G by going to Settings > Cellular > Enable LTE. 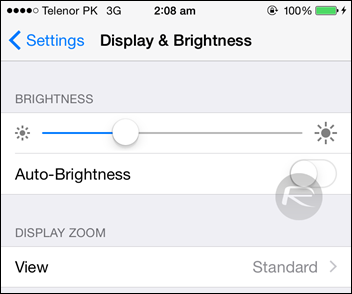 Auto-Brightness is self-explanatory in that it automatically brightens up your display, but the trade-off, as with many useful iOS 8 features, is that more battery is used than necessary.

In Settings > Display & Brightness, you can disable auto-brightness, and if you also turn the brightness down lower – as low as you can manage without it adversely affecting the experience – then you’ll save even more battery. 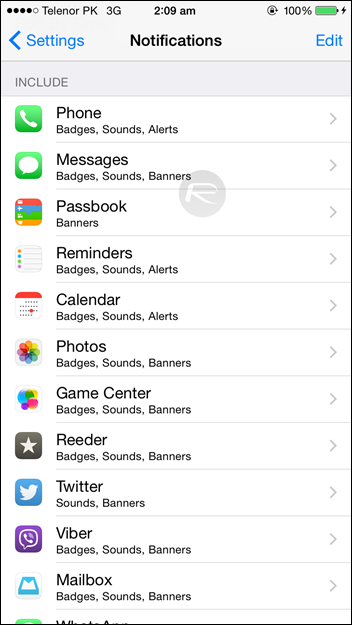 Sure, being notified of that @mention or Facebook ‘Like’ is the be-all and end-all, but if you get any apps sending you push notifications that you tend to ignore, then head to Settings > Notifications, and under Include, toggle away. 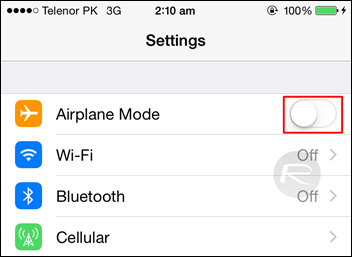 Although its probably critical that your iPhone is kept online at all times for obvious reasons, your iPad or iPod touch doesn’t need to be online when you’re, say, reading a book or watching a movie already downloaded to your device.

Airplane Mode is easily accessible from the Settings app or Control Center, and if you get yourself into the habit of utilizing it, you’ll be amazed by the additional time that your device remains powered up. 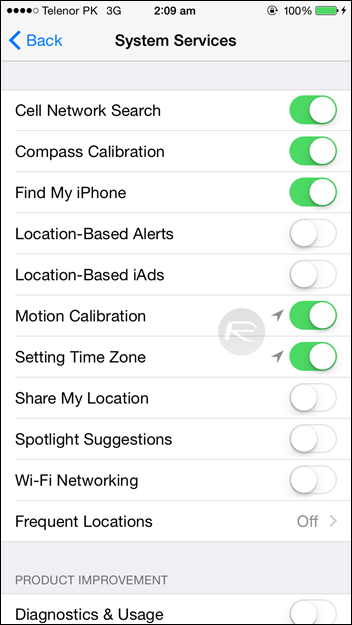 There are some background location services which take a toll on battery life without the user being known about it. Navigate to Settings > Privacy > Location Services > System Services and toggle off Location-Based Alerts, Location-Based iAds, Spotlight Suggestions, Wi-Fi Networking and Frequent Locations. 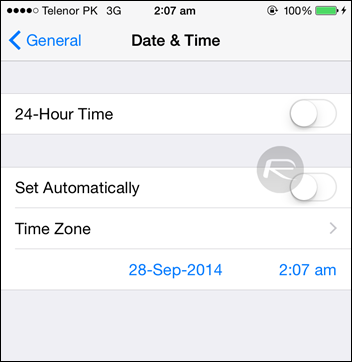 iOS keeps the device’s clock updated at all times, and in doing so, it uses your location, and hence takes its toll on battery life. To disable this feature, go to Settings > General > Date & Time and turn Set Automatically to OFF. 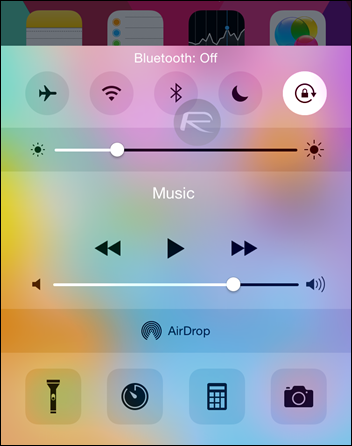 Bluetooth is turned on by default in iOS 8, and it’s a feature which can take its toll on battery life if kept on for no good reason. Simply slide up Control Center, and tap the Bluetooth icon to turn it off. 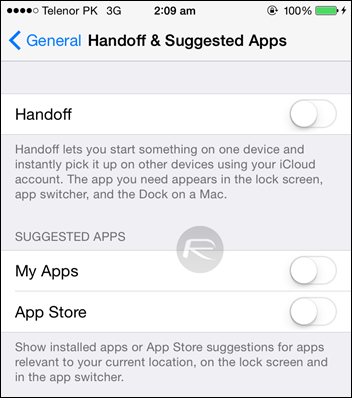 A killer iOS feature by a long shot, but a battery drainer nonetheless. Simply navigate to Settings > General > Handoff & Suggested Apps and turn every toggle OFF in the resulting page. 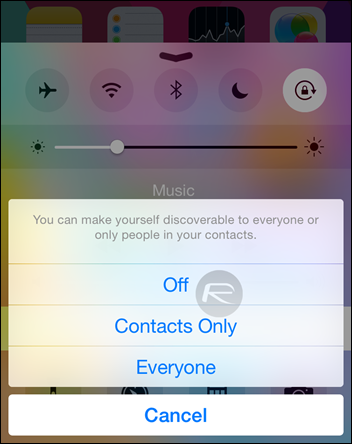 It sounds like an awesome feature for quickly sharing stuff between iOS users, but it can be a battery hog when left running in the background.

And that’s your stack of battery-saving tips. Trying them all out, you’ll notice considerable improvements in your device’s battery retention, and as well as allowing you to use your iPhone, iPad or iPod touch for longer, will also protect the integrity of it as time progresses.