The overall design of iOS 7, as has been noted considerably during the last couple of days, bears a striking resemblance to Microsoft’s Windows Phone, but the aesthetics of several integral apps may not be the only elements that the Cupertino company has borrowed from rivals. The Today tab found within the brand new Notification Center is very à la Google Now, and it would seem as though Apple really took the sneers of iOS’s lack of functionality to heart.

Essentially, Today allows a user to check up on things like weather forecast at a glance, and like Google’s offering, will pick up on your location and seek to find you relevant traffic information pertaining to your frequent journeys.

As we’ve seen over the last twelve months, Apple has looked to remove the need for any of Google’s products within iOS, and although the attempt to displace Google Maps and implement its own such service was a failure of monumental proportions, Today actually looks as though it could be a pretty decent little addition to the fold. Perhaps, after hastily releasing Google Maps from its repertoire only for the iOS faithful to rejoice when the search giant threw a third-party offering into the App Store later on, the fruit company has learned from its mistakes and is instead trying to outdo the Big G, rather than just forcing it out.

At this point in time, Today’s feature set is very basic, but with this being the very first iOS beta, we would expect further releases to bring more and more functionality in the run-up to the official, GM release later on this year. 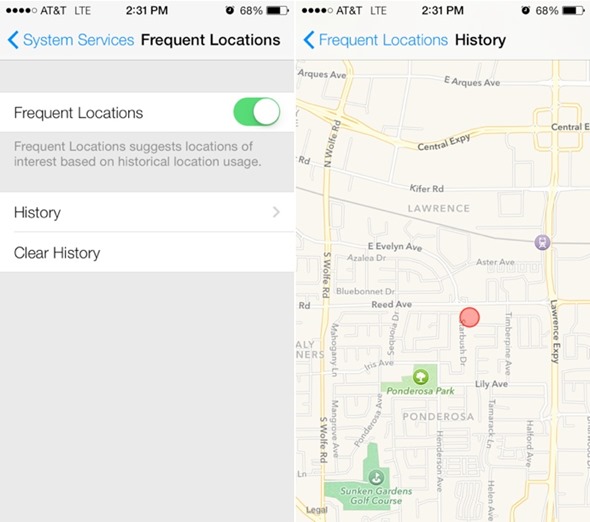 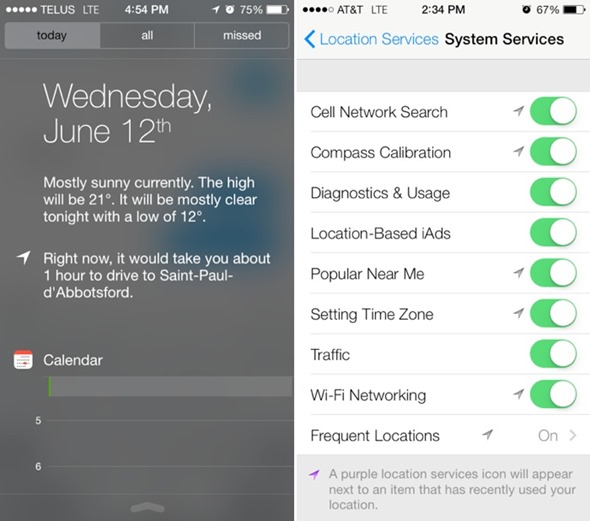 As to be expected at such an early stage, there are no definitive dates set in stone for iOS 7’s release, although Tim Cook did announce at WWDC that it would be available this fall. Presumably, if not certainly, it will launch alongside a brand new iPhone, although whether that will be an iPhone 5S or in fact, an iPhone 6, remains up in the air. 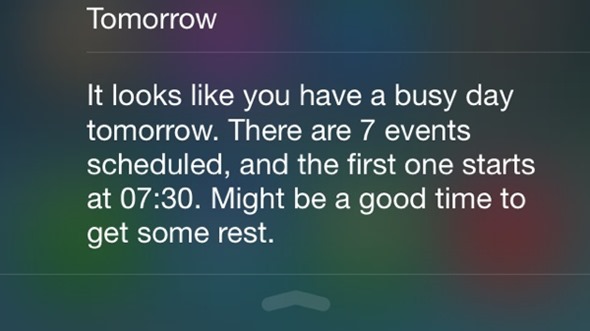 Although not everybody is sold on those bright new icons, it’s nice to see Apple working hard to bring new features, as opposed to simply adding a couple of rudimentary new features and calling it a night. iOS 4, 5 and 6 are scarcely different aside from one or two core features, and while it remains to be seen what the non-geek world will make of the new look, I would say iOS 7 has brought some of that arbitrary “cool factor” back to Apple’s mobile OS.