Apple officially just acquired Beats Electronics for the tidy sum of $3 billion, and although the iPod maker’s CEO had a few thoughts to add in the official press statement, a subsequent interview has shed even more light on just why Apple put down such a sizeable wad of cash to purchase the iconic audio brand.

Cook briefly discussed the importance of music in our society as the news of Apple’s Beats acquisition hit the Web a short while ago, and in an interview with Re/code, elaborated on precisely why Apple felt the Dr. Dre and Jimmy Iovine-founded company was the correct fit to bolster Apple’s notably scant portfolio. 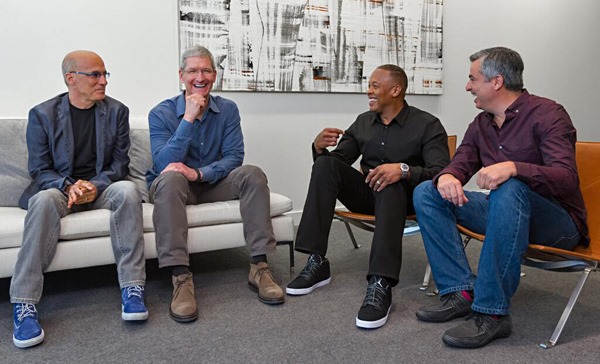 Certainly, paying $3 billion for anything is out of the ordinary for Apple, and as well the usual adversity to ponying up such significant amounts of money for one company, Apple has also never moved to purchase a high-profile entity of Beats Electronics’ stature before.

When pressed by Re/code‘s Peter Kafka as to why Apple has stepped out of the comfort zone, Cook said:

This is all about music . . . we’ve always loved music . . . believed in the power of it, and believed that it could transcend language, culture and bring people together and produce emotions and deep feelings that other things can’t.

Then, speaking of Dr. Dre and Jimmy Iovine, the two co-founders of Beats Electronics, Cook added:

What Beats brings to Apple are guys with very rare skills. People like this aren’t born every day. They’re very rare. They really get music deeply. So we get infusion in Apple of some great talent.

He also believes, despite a mere 200,000 subscribers at this point in time, that the Beats Music subscription service is the first to have “really got it right” thanks to the “human curation” aspect.

The complete reasoning on the purchase by Tim Cook is as follows: 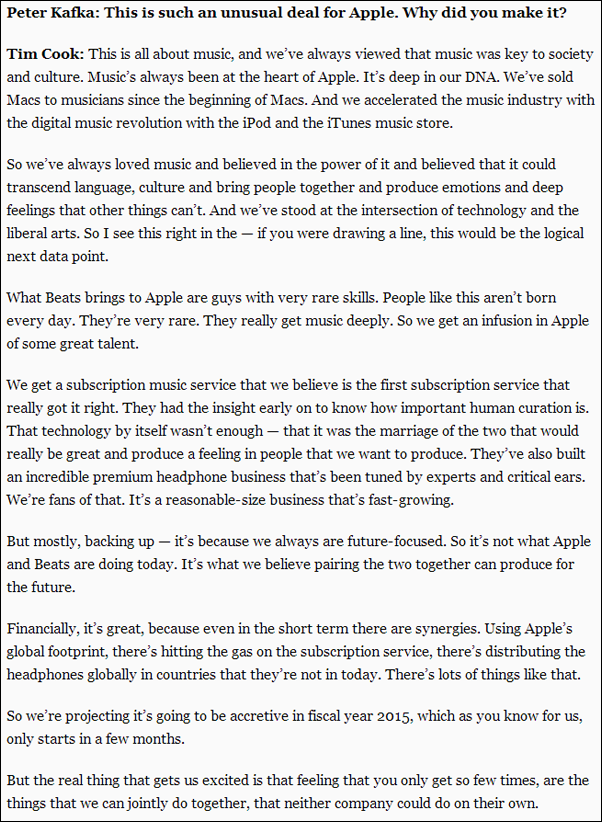 With a reloaded Beats Music app for iOS already out with a series of bug fixes and tweaked price structure, it’s very clear that Apple won’t be hastily washing its hands of an emerging service that, as Cook acknowledges, has promise. 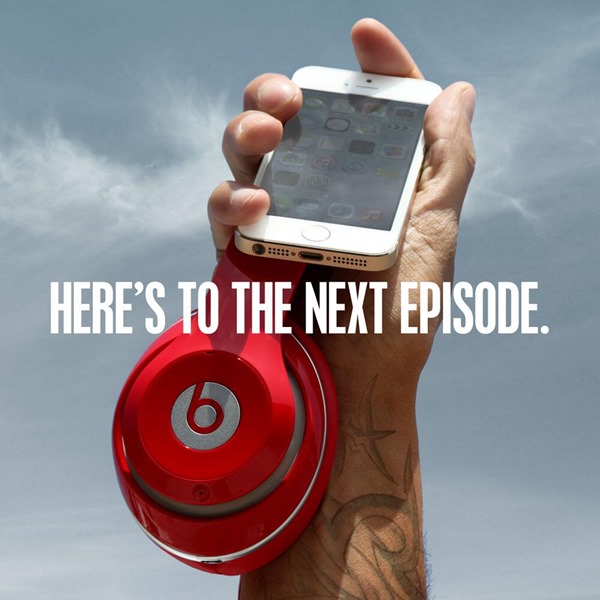 Just where it fits in, given the rumored standalone iTunes Radio app for iOS 8, remains to be seen, but having become one of the world’s largest companies through music, it appears that Apple wants to remind the world of how serious it continues to take this field.