Speaking with Walt Mossberg and Kara Swisher at D11 in California on Tuesday night, Tim Cook was predictably coy with regards to specific information on upcoming Apple products and services. Speaking calmly and in his typically emollient fashion, the Cupertino head honcho spoke broadly of his company’s desire to continue innovating, on Google’s Glass project, and an assortment of other important topics in tech space.

The main theme of Cook’s interview was to emphasize the Apple philosophy of building quality products, rather than a broad range. As we’ve seen time and again, Apple is consistently outnumbered in the mobile, tablet and computing industry in general, but rather than bringing out twenty different MacBook variations and ten different iPads, Cook maintains that Apple’s goal is to deliver the very best.

“Arguably, we make the best PC, but we don’t make the most .. We made the best music player [the iPod], and we wound up making the most, but we didn’t initially.” 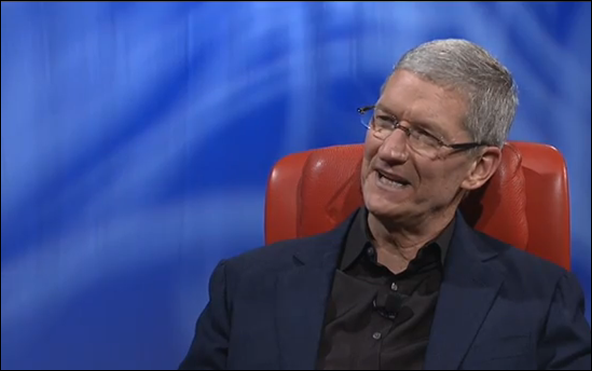 He sees Apple’s supremacy in the usage of products, rather than just how many units have been sold. The iPad, for example, is the most popular for browsing the Web, and despite scores of other companies focusing on selling many different devices, Cook seems happy with the way things are going for Apple.

Regarding iOS 7, Tim Cook didn’t reveal much but confirmed an already-confirmed news that Jony Ive would be working on it. When asked about the next version of iOS, Cook said “Ive is working on it”. That statement alone leaves a lot to be desired!

He touched on TV, stating that the field is “of great interest” to his company, and also mentioned that Apple TV – a device he famously branded a “hobby” – had sold 13 million units, which isn’t to bad a pastime to be in if you ask us.

Cook was not critical of Google’s Glass project, but did suggest it was more of a specialized product, rather than something the mass market would seek to embrace. With the buzz surrounding the Big G’s wearable tech even giving the next-gen consoles a run for their money, many will beg to differ, and one has to wonder whether Cook will be singing a different tune this time next year when the product launches.

Speaking on the topic of porting some of the company’s own apps, such as iWork or Garageband to Android, Cook said that Apple had nothing against the idea;

“We have no religious issue with doing that. If we thought it made sense to do that, we would do it.” 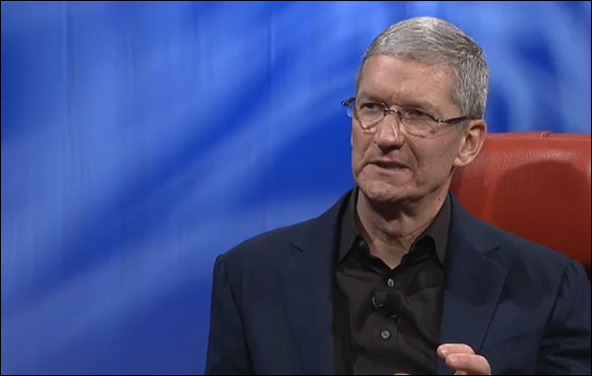 Talking of unprecedented steps, Cook also conceded that Apple does intend open up the iOS API further, allowing third-party developers the power to build better integrated apps, although he did express that the company would only do it if it didn’t degrade the experience of the end user.

Tim Cook also talked about acquisitions they (Apple) have been making in the past months and revealed that they bought 9 companies since October. Also, Cook revealed that former EPA chief Lisa Jackson will join Apple.

Apart from all that, Tim Cook also touched the sensitive issue of “taxes”.

We’ve got the embedded link of the full interview below, so give it a watch, and let us know of your thoughts in the comments section.