With the introduction of iOS 5, Apple dramatically re-imagined the way that their mobile operating system handles user-facing notifications. On the whole, users were extremely happy to see the change considering that the old method of presenting a bland and intrusive alert provided a negative user-experience and interrupted whatever the user was doing on the device. 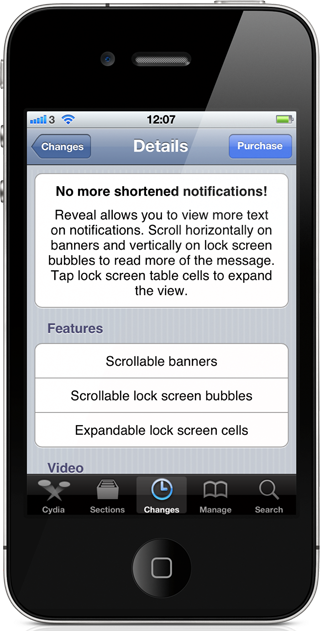 Although the current notification system is infinitely better than its predecessor, iOS developer Conrad Kramer and concept artist and designer Joshua Tucker have found a few little flaws in it which they have fixed with the release of their Reveal tweak, available now in the jailbroken Cydia store. The whole purpose of Reveal is to amend the notification system within iOS 5 to make sure that notifications are no longer shortened when viewed on the lock screen, removing the need to tap on the banner notification to actually see the full message or alert.

In a stock installation of iOS, the notification alert only has a very finite amount of space available in which it can display text to the user. In some instances, this means that only the first 120 characters or so can be shown, meaning the user has to tap the alert to view the rest of the banner or alert text. When installed, Reveal removes that requirement and actually amends the banners, lock screen bubbles lock screen cells to be scrollable and expandable to suit the contents of the alert. 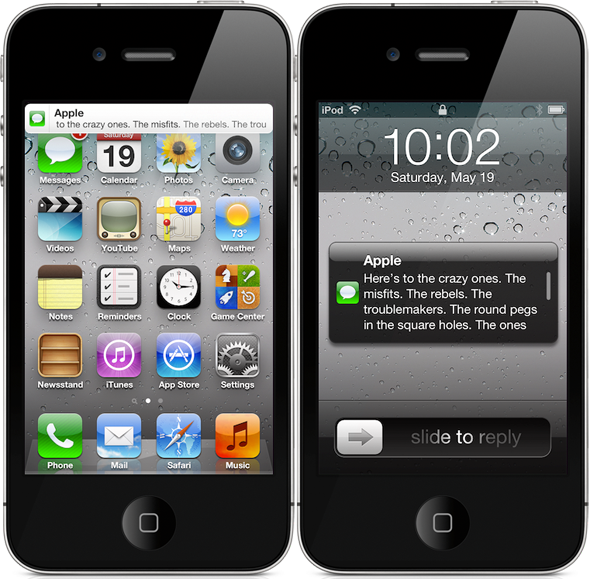 A real-world example of this would be when receiving an SMS or iMessage which produces a banner alert along the top of the iOS device display. In normal circumstances the user would need to tap that banner to be taken into the message body within the Messages app, with Reveal installed that is no longer required with users now being able to horizontally scroll through the banner contents to read the full message. The same theory applies to lock screen bubble messages, except they can be scrolled vertically and lock screen cells can be tapped and expanded to show the full content. 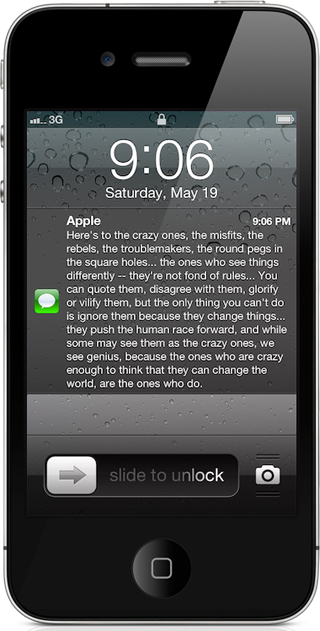 Reveal is available to download from the BigBoss repository at a cost of $1.99 and requires iOS 5 or above to be installed.