This Thought-Provoking Video Highlights Our Damaging Obsession With Smartphones

Many folks, ranging from behavioral specialists and psychiatrists to ordinary people, believe that tech is turning us into a generation of vain, self-obsessed, insecure, socially-awkward droids, and in a year that will see technology become further ingrained into our lives thanks to wearables like the Moto 360 and Google Glass, one videographer has put together a poetic clip that discusses some of the traditional, valuable events that we miss out on while being consumed by technology.

There’s a perception that in this Digital Age in which we live, our lives have been greatly enhanced by technology. I mean, we can communicate better, be a great deal more productive if we wish, and source information on any topic in a matter of seconds, right? Well, as with most good things, there are trade-offs, and Gary Turk believes that traditional relationships and activities are being forgotten in place of smartphones and tablets. 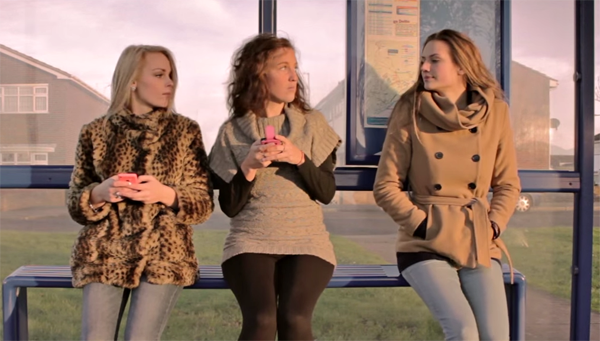 There’s no doubt that nowadays, you see many more children completely engrossed and consumed by iPads and such, and Turk contrasts these scenes with his own childhood, which was spent playing outdoor games with friends. He talks about how the communication on social networking sites are anything but social, and the vanity-obsessed illusion of real life is a blurred interpretation of how we ought to be interacting with one another.

Turk’s campaign, Look Up, encourages people to divert their attentions away from the screen and take in their surroundings, appreciating the world and people rather than being a slave to the display.

The video has already been shared thousands of times on Facebook and other social networks, and you have to watch it once to believe why. He integrates a story of a man who, instead of consulting Google Maps, asks for directions from a lady, who he then winds up dating, marrying, and having a child with. Sure, it’s far-fetched to suggest that, just by looking up, this will happen to others, but if you’re shut off from the world, your scope for discovery is limited purely to what can be provided by your gadget.

Check out the Look Up clip embedded below, and be sure to let us know if it resonated with you by dropping a comment via the usual channels.